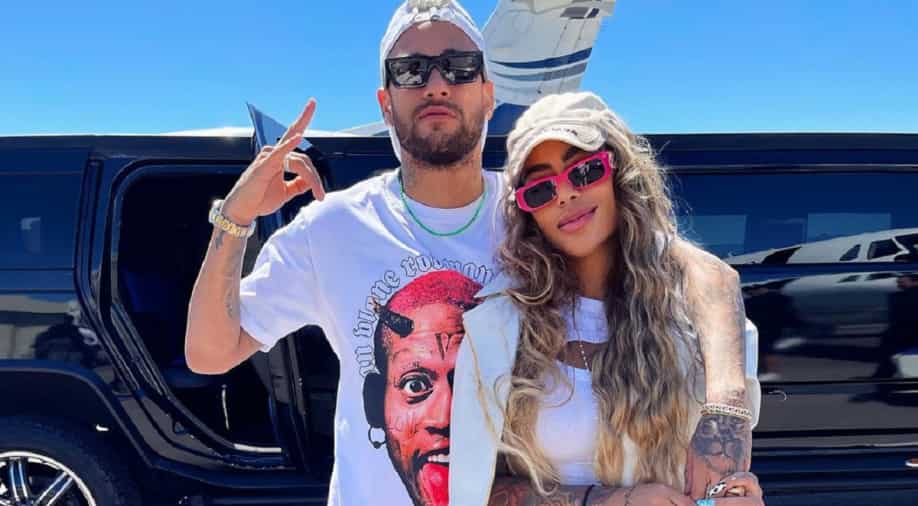 Neymar's private jet had to make an emergency landing in Brazil. Photograph:( Instagram )

Paris Saint-Germain (PSG) superstar Neymar's private jet had to make an emergency landing in Boa Vista in his native Brazil while he was heading home to Sao Paulo after a holiday in Barbados.

Paris Saint-Germain (PSG) superstar Neymar suffered a horrific holiday scare after his private jet had to make an emergency landing due to mechanical issues. The Brazilian forward on his way back home to Sau Paulo in his native Brazil from Barbados where he had gone to enjoy his ongoing break. The PSG superstar remained unharmed but was grounded for a couple of hours as the issues in his private jet were attended to.

The incident happened on Tuesday (June 21) when Neymar's private jet took off from Barbados for his home in Brazil. On the way, a problem was detected in the plane's windscreen following which an emergency landing had to be made in Boa Vista, the capital of Roraima state in Brazil.

As per a report in GOAL, Neymar spent a couple of hours at the regional airport in Boa Vista where he was greeted warmly by the workers. The PSG superstar was holidaying in Barbados with his partner Bruna Biancardi and sister Rafaella Santos.

Also Read: Angel Di Maria to Juventus will be like Diego Maradona in Serie A: Gianluigi Buffon makes huge claim

Neymar reportedly owns an Embraer Legacy 451 aircraft which is worth around 13 million USD. Neymar is the most expensive footballer in history and is one of the highest-earning players in the world at present. He had moved to his current club PSG from Barcelona in 2017 for a transfer fee of around 222 million Euros - the highest ever transfer fee for a footballer.

Also Read: FIFA World Cup fans can face up to 7 years in Jail if caught having one-night stands in Qatar

He has won four French Ligue 1 titles since joining PSG in 2017 but has failed to inspire the club to their maiden triumph in the Champions League. Despite being one of the best forwards in the world at present, Neymar has failed to do justice to his talent at the French club, who might even move him out once his contract at the club ends.

He has scored 69 goals for PSG in 92 appearances for the club since joining them in 2017. He will be an integral member of the Brazil squad under head coach Tite in the upcoming FIFA World Cup 2022 in Qatar this year. Brazil has not won the World Cup since 2002 and Neymar will be hopeful of inspiring his side to a memorable triumph at the showpiece event in Qatar.