It will be privilege to play India in first game, says SA captain 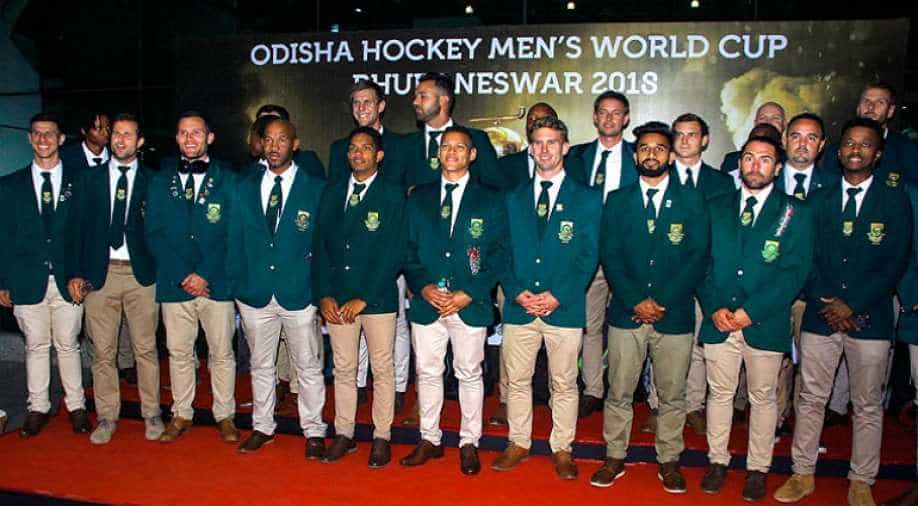 South Africa will be playing India in a pool C encounter at the Kalinga Stadium on November 28.

Playing hosts India in the opening match of the World Cup Hockey is the kind of challenge any team awaits, said South African captain Tim Drummond.

South Africa will be playing India in a pool C encounter at the Kalinga Stadium on November 28.

"It will be a privilege to play India in the first match and experience the crowd. I have heard it is going to be very loud with all the cheering," Drummond said.

"Though it's not my first time in India, many of my teammates are travelling here for the first time and they are very excited to be playing in Bhubaneswar, which has great support for hockey," the South African captain added.

He is confident that they will improve from their 10th place finish during the last edition.

"South Africa's best performance in the past was finishing 10th and we will certainly be looking at improving that. Our aim is to give our best and make our country proud. We played four test matches against France before arriving here so we have had some good match practice ahead of the tournament," he added.

The team's have started arriving and Argentina, one of the formidable sides are already in the city.

Argentina's drag-flick sensation Gonzalo Peillat said, "It will be a great tournament, playing in Bhubaneswar again in front of a crazy crowd. The entire team is looking forward to it and are very excited to be back."

The Olympic champions have a new chief coach in Germ?n Mariano Orozco, who replaced former Chief Coach Carlos Retegui in early 2018 and is a former defender for Argentina having played the Olympic Games in 2000 and 2004.

"I think we have good experience and have played quite a few tournaments in the lead up to the World Cup under new coach Orozco. We have been performing well under him," said a confident Peillat.