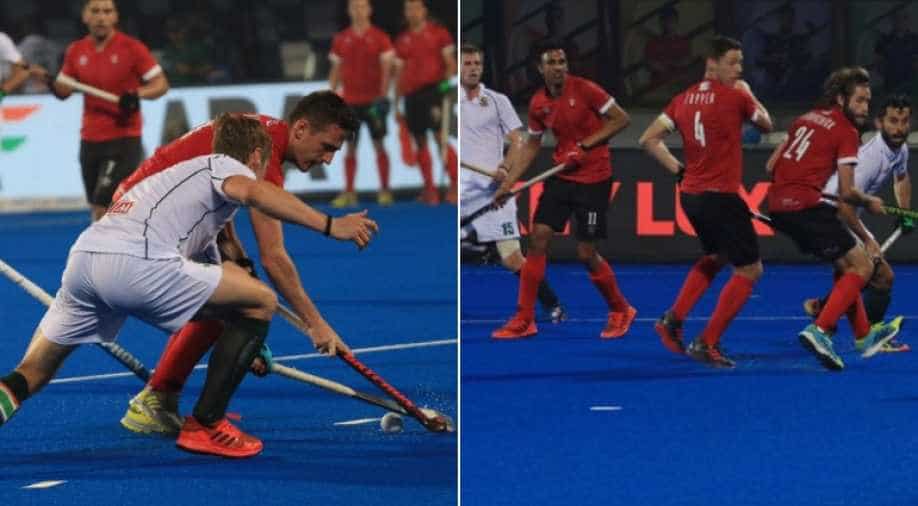 Players of Canada Hockey team in action against South Africa. Photograph:(Twitter)
Follow Us

Canada and South Africa played out a 1-1 draw on Sunday to stay alive in the ongoing men's hockey World Cup.

Both the teams fought hard in the opening two quarters to remain goalless at half time. However, in the 3rd quarter, it was Proteas, who took the lead in the 43rd minute through a fine reverse stick field goal by Nqobile Ntuli.

two minutes later, Canada scored the equaliser to end South Africa's moment. Canada equalised when they were awarded a penalty stroke and skipper Scott Tupper took the onus on himself to level the match.

Thereafter, both the teams pressed hard in search of the winner but they failed to breach the rival defence to eventually end the game in a draw.

The result kept both the teams in the hunt for a place in the knock-out round.

Canada will next play hosts India in their last pool match on December 8, while South Africa will face world no. 3 Belgium on the same day.