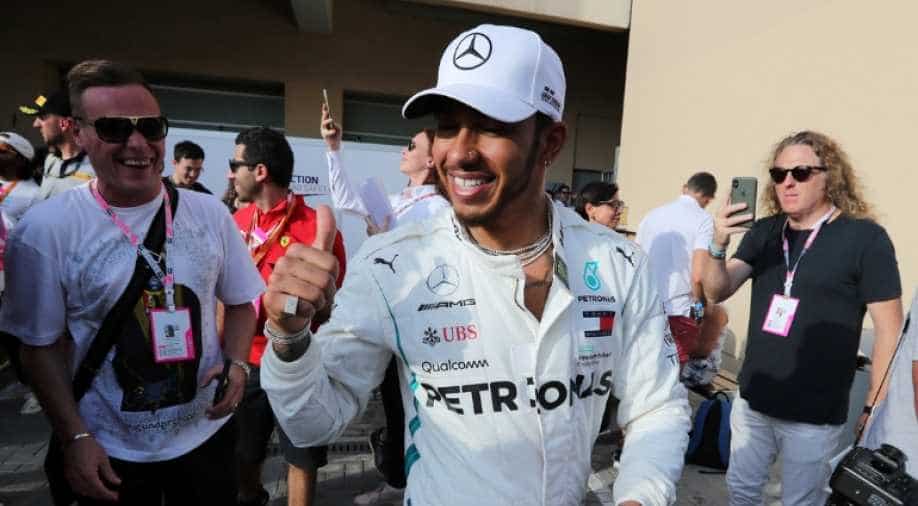 'It was a great first date, which was probably one of the best ones that, that we've had in all these years,' said Hamilton.

Lewis Hamilton said it was a good first date ahead of the 2019 Formula One season on Wednesday as the new Mercedes challenger - which Hamilton hopes will propel him to a fifth world title in six years - was launched.

"It was a great first date, which was probably one of the best ones that, that we've had in all these years," said Hamilton as Formula One champions Mercedes ran their new car for the first time at Silverstone.

"The excitement I had today was the same as I had when I first got in a Formula One car, which is really weird. I was not expecting that but, I'm happy that I have that," Hamilton added.

Getting comfortable 🔥 The talent and sheer skill put into this unbelievable car never ceases to amaze me. #WelcomeW10 @MercedesAMGF1 pic.twitter.com/ke6mMaOlHp

Hamilton stated that he felt 2019 could turn out even better than last season and added that his intention is to improve his 2018 championship-winning campaign.

Should he achieve that feat, it would also be six career world titles for Hamilton - one short of Michael Schumacher's record.

The 34-year-old Briton will be partnered at Mercedes by Finland's Valtteri Bottas for a third straight season.

The opening winter test gets underway in Barcelona, Spain on Monday before Hamilton starts his title defence in Melbourne, Australia on March 17.