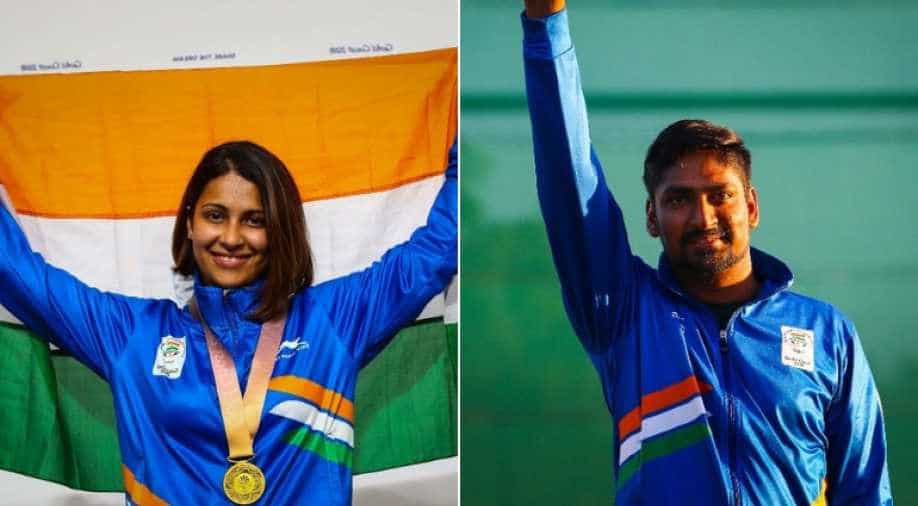 The first Indian pistol shooter to reach number one in the International Shooting Sport Federation (ISSF) world rankings, the 29-year-old Sidhu is a multiple gold medallist at the World Cup, Commonwealth Games, Commonwealth and Asian Championships.

She also held the world record in the 10 metre air pistol event with a final score of 203.8.

Mittal has been one of the most consistent Indian shooters in shotgun, having won silver and gold medals at the World Cups in 2017.

The double trap exponent continued his impressive showing the following year, bagging gold medals at the Asian Championships and Commonwealth Championships. He then claimed silver at the ISSF World Shotgun Championship and became the world No 1 in double trap.

Moudgil was the first Indian to secure a quota place in shooting for the 2020 Tokyo Olympics when she won the women's air rifle silver in style in the World Championship last September.

Having lost his place in the national squad despite winning World Cup gold and silver medals - with a world record to boot - in 2018, Rizvi fought his way back in for the World Cups in Beijing and Munich.

The 23-year-old Mitharwal was a smashing success in the last World Championship, winning the men's 50m gold medal in Changwon, Korea.