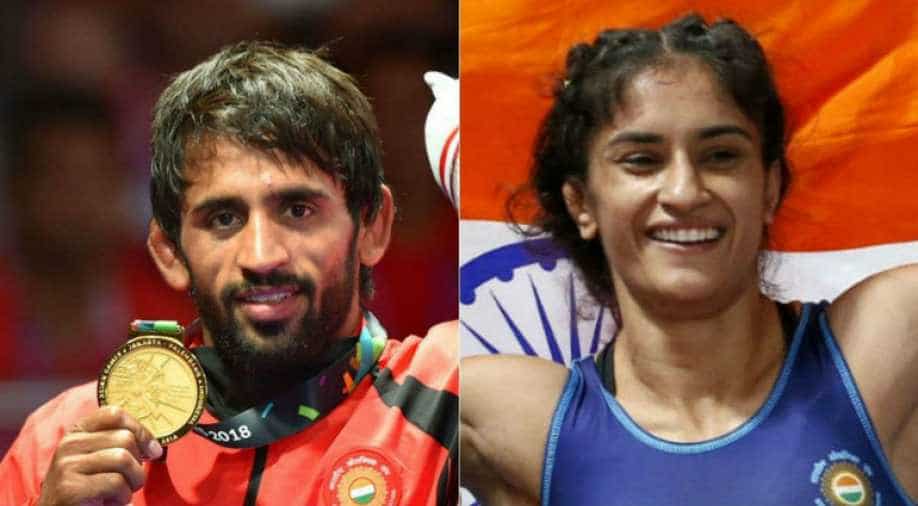 Bajrang and Vinesh's names were sent by WFI owing to their remarkable performances in the last couple of years.

"They (Bajrang and Vinesh) have been recommended for Khel Ratna by the WFI after both of them submitted their applications," a WFI official confirmed.

WFI also recommended Virender Kumar, Sujeet Maan, Narendra Kumar & Vikram Kumar for Dronacharya award, which is a sports coaching honour, given for the outstanding coaches in sports and games.

Punia, who won the 65kg men's freestyle gold at the recent Asian championships, will be among top wrestlers selected by the American governing body for the May 6 tournament.

The 25-year-old will take on two-time US national champion Yianni Diakomahlis in the "Grapple at the Garden" Beat the Streets event which since 2010 has become a major showcase for international wrestling.