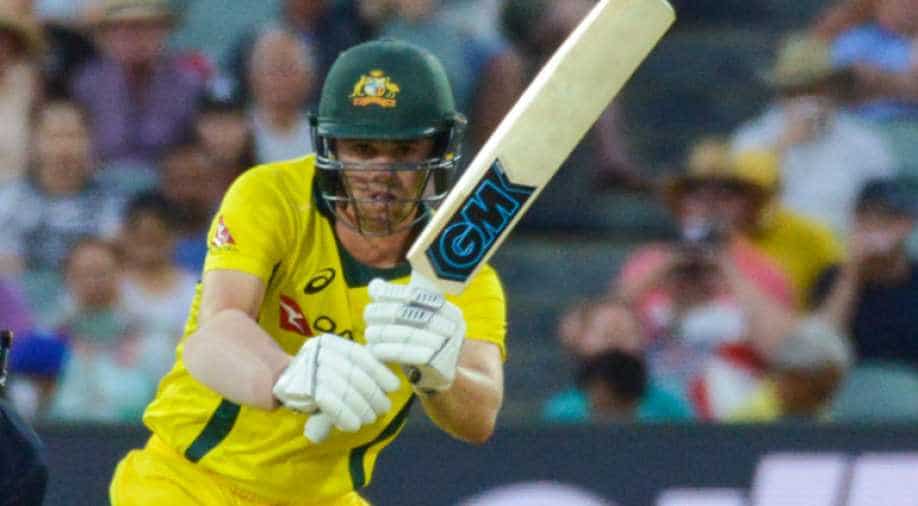 Travis Head, promoted to the top of the order, led Australia to a drought-breaking win over England in the fourth one-day international in Adelaide on Friday.

England was dismissed for 196 after being sent in to bat in bowler-friendly conditions, losing four of their top six batsmen for ducks as the possibility of a record low score in one-day cricket briefly loomed.

In reply, Australia reached the modest target with 13 overs to spare, finishing on 197 for seven, but the chase was not without concerns as they struggled to win their first game in the five-match series and turn around their dismal recent one-day form.

England had already secured the series by taking an unbeatable 3-0 lead in Sydney last Sunday, and that result had left the current World Cup holders with just one win in their past 11 completed ODIs.

Australian captain Steve Smith admitted it wasn't the most convincing of wins.

"Nice to get over the line, a pretty ordinary (batting) display," he said, noting that the start to the English innings decided the match.

"It all happened pretty quickly for a moment there, five for eight you'd take any day."

"To be five down after 10 overs and no boundaries in the first 15 really shows how much there was in the wicket," he said.

Head looked certain to notch his second limited-overs century as Australia closed in on victory, but pulled a short ball from Mark Wood straight to Morgan at mid-on, having faced 107 balls and hit 15 fours.

That England was able to post any sort of competitive total was quite remarkable given their horror collapse in the early overs.

On Australia Day, it was all the home side as the tourists lost five wickets with just eight runs on the board.

Steve Smith had sent them in to bat for the second successive match, this time in humid conditions which favoured seam bowlers.

Their lowest total of 86 looked in danger until all-rounder Chris Woakes came to the rescue.

In the end, solid resistance from Woakes (78) along with Morgan and Moeen Ali (33 each) -- and Tom Curran (35) -- enabled England to scramble to a decent total.

Woakes continued his excellent form with the bat in the series, hitting five sixes in the 82 balls he faced before being caught on the boundary off Andrew Tye (3-33).

The rot set in early for the tourists.

Jason Roy, who got England rolling in the series with a record-breaking 180 in the opening match, fell to the second ball of the innings, caught at point by Smith off the bowling of Josh Hazlewood (3-39) for a duck.

Alex Hales (3) was the second to fall, bowled off his pads by Pat Cummins, who snared a career-best 4-24.