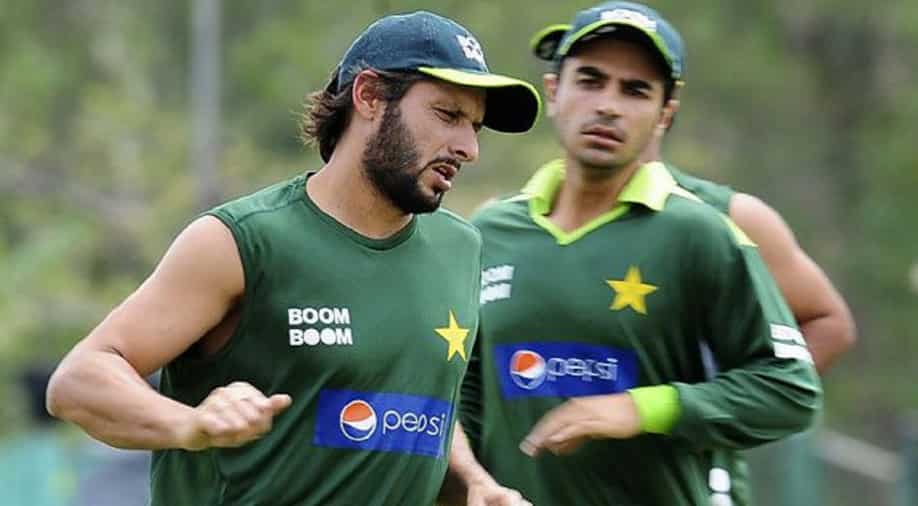 Salman Butt and Shahid Afridi were involed in a fight in the Pakistan team bus in 2007. Photograph:( AFP )

Former Pakistan batter Salman Butt recently opened up on his controversial 'bus fight' with his former teammate Shahid Afridi and claimed they were never friends.

Former Pakistan batter Salman Butt recently opened up on his infamous fight with his former ex-Pakistan teammate Shahid Afridi and said he was not a friend but treated him well at times when the duo shared the dressing room together. They were involved in a heated clash on the Pakistan team bus during the team's camp in Abbottabad in 2007. The controversial fight had tarnished the image of Pakistan cricket back then.

Pakistan cricket is no stranger to controversies and several Pakistani cricketers have over the years been involved in numerous such incidents. The fight between Butt and Afridi on the team bus was one such instance and it had also left then Pakistan team manager Tahat Ali infuriated.

Recently, former Pakistan pacer Shoaib Akhtar had shared details of the fight between Afridi and Butt which also saw the former all-rounder being sent back home by the team management for his behaviour. Following Akhtar's revelations, Butt himself opened up on the incident and said every team has at least one such incident to tell.

"Every team has at least one such incident to tell. He (Afridi) was my senior. He was not a friend but treated me well at times. We had good exchanges too. But sometimes a bit of misunderstanding happens between two players. These things should not be shared publicly," Butt said in a video on his YouTube channel.

Meanwhile, Akhtar has shared details of the incident while speaking on a TV show 'Game on Hai' where he revealed it was team manager Talat, who had lost his cool and questioned Afridi after the former all-rounder came to the bus and asked Butt to vacate the seat where he was sitting.

"It so happened that we were returning on the bus from training and I was sitting with Salman Butt upfront. Afridi came inside and asked Butt to vacate the seat to which Talat lost his cool and questioned why Butt should leave his seat," Akhtar said.

"Afridi also exchanged some words with Talat. Later that night Shoaib Malik told me they had decided to send Afridi back home because of the incident. I then took up the issue with Talat sahab and the Pakistan Cricket Board (PCB)," he added.