Hardik has not left the house, not taking any calls: Father 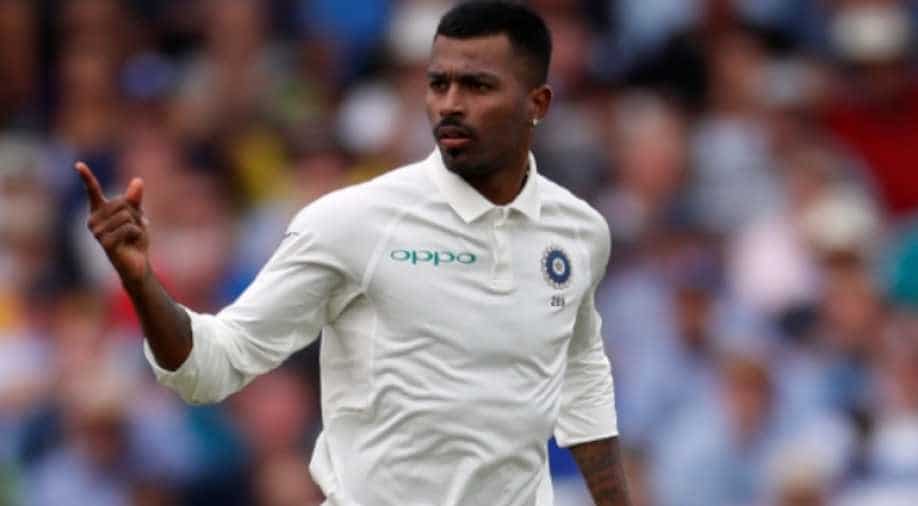 Pandya however did watch the second ODI between India and Australia, his father Himanshu said.

The Board of Control for Cricket in India (BCCI) has suspended Hardik Pandya and batsman Lokesh Rahul from all formats of cricket over sexist comments made on a TV show. Their return in the Indian Premier League (IPL) and the ICC World Cup remains a big talking point.

Pandya's father Himanshu meanwhile said his son has not stepped out of the of the house since returning from Australia, that he has not taken any calls, and that he did not even celebrate Makar Sankranti.

"He watched the match (India vs Australia 2nd ODI). Ever since he has returned from Australia, he has not stepped out of the house. He is also not taking any calls... he is just taking rest," DNA quoted Pandya's father as saying.

"It's a festival... a public holiday in Gujarat, but Hardik did not fly any kites. He loves flying kites but his busy cricketing schedule never allowed him to be at home during this festival over the last few years. This time, he had a chance to fly kites, but because of the adverse situation, there was no mood to celebrate the festival," Himanshu said.

"He is very disappointed with the suspension and repents the views he expressed on the TV show. He is committed not to repeat the same mistake," he added.

"We have decided not to talk to him on this subject. Even his elder brother Krunal has not discussed anything about the episode with him. We are waiting for the BCCI’s decision," he said.

Mumbai's Khar Gymkhana recently revoked Pandya's membership of the club after his comments on the Koffee with Karan show. Pandya had talked about his success with women on the show and how he has trouble remembering their names.