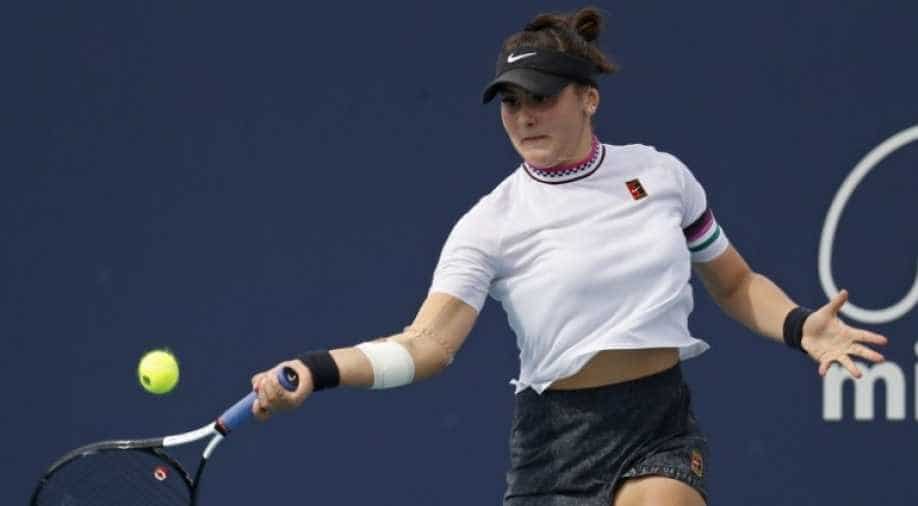 Andreescu's performance against the 70th ranked Begu may have been more revealing as she refused to surrender and oozed the confidence of a champion.

Anyone one not paying attention to Bianca Andreescu after her run to the Indian Wells title is paying attention now after the Canadian teen fought back from match point down to reach the second round of the Miami Open.

Trailing 5-1 in the second the 18-year-old Andreescu refused to be pushed out the exit by Irina-Camelia Begu digging in to take the set in a tiebreak then steamrolling the crumbling Romanian to claim a 4-6, 7-6(2), 6-2 decision.

Andreescu's performance against the 70th ranked Begu may have been more revealing as she refused to surrender and oozed the confidence of a champion.

"I think confidence is a lot (of if)," Andreescu told reporters. "If you have trust in your game and in your training, then a lot of good things can happen.

"I try to stay in the present moment. I try to play every point like it's the first point of the match.

"I tried to stay as calm as I could, tried to pump myself up.

"In those moments, I try to go for my shots as much as possible, because I think that's when I play my best tennis."

Andreescu's confidence is not only evident on the court but off it as well.

Only three women -- Steffi Graf, Kim Clijsters and Victoria Azarenka -- have completed the 'Sunshine Double', and Andreescu wants to add her name to that list.

"It would mean everything to me (to win Miami)," admitted Andreescu. "Winning Indian Wells was incredible, but, I mean, if I win back to back, that would be even more incredible.

"If I keep making history, then I just keep accomplishing my goals, because that's one thing that I have always wanted to do.

"So if I have my name alongside those amazing players, it would definitely mean a lot."