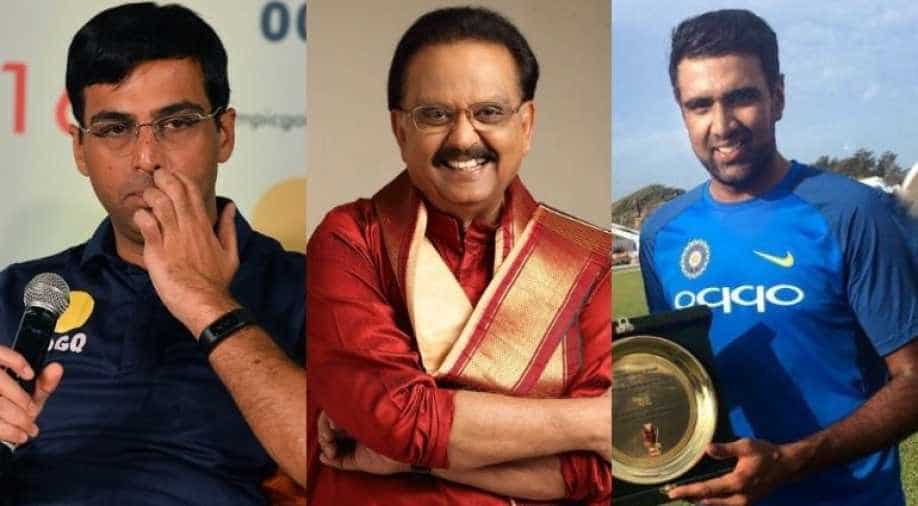 Icons from the sporting fraternity paid their tributes to the iconic singer.

India's legendary playback singer SP Balasubrahmanyam passed away at the age of 74 on Friday in a hospital in Chennai after battling coronavirus for more than a month.

Icons from the sporting fraternity paid their tributes to the iconic singer.

One of my favourite artist breathed his last today and that's the best way to describe you SPB sir,(an ARTIST) . You were one of the best and most versatile singers in the history of Indian cinema. That's the world will always remember you.

Omg!! This year just gets worse by the day! #SPBalasubramaniam #RIP

Saddened to hear the demise of such a legendary singer #SPBalasubramanyam. Your voice will be an inspiration for the generations to come. Condolences to friends & family. Om Shanti🙏 #RIPSPBalasubramanyam pic.twitter.com/weNqCthlZe

Shattered to hear about passing of SPB sir. A Legend of Indian Cinema. His songs will reverberate forever. His friendship, love for the game and our chennai meetings will be cherished forever. My heartfelt condolences to Sudakar, Sailaja, Charan and rest of family and fans. 🙏🏽

Extremely saddened to hear about the demise of #SPBalasubramanyam garu. My deepest Condolences to his family. His voice will always remain etched in our hearts. Om Shanti ! pic.twitter.com/BrqUirT8Kh

Really sad to hear about the passing away of such a great yet simple person. He was my first sponsor! He sponsored our team Chennai Colts in the national team championship in 1983. One of the nicest persons I have met. His music gave us such joy #RIPSPB

Sad to hear the Demise of the legendary singer - SPB, his songs will echo through time, condolences to his family and close friends 🙏! Om Shanti

Will cherish the times you unleashed the song Sankara on demand and effortlessly built up the pitch. The song from Sankarabharanam was tough to render but you made it all seem easy. Never again will I have that experience. #RIP #SPBalasubrahmanyam Sir. https://t.co/ATbDL06Yaa

Your songs will live on forever. Rest in peace Legend! #RIPSPB pic.twitter.com/8r9dnfGfBT

In an illustrious career spanning over five decades, SPB had sung more than 40,000 songs. He was undergoing treatment in MGM Healthcare since August 5 when he had first tested positive for coronavirus.

He had been in critical condition the past few weeks, and the last medical update from the hospital had stated that the singer was on life support for the past few days.

The veteran singer had also dabbled in acting and been a part of several blockbuster films.