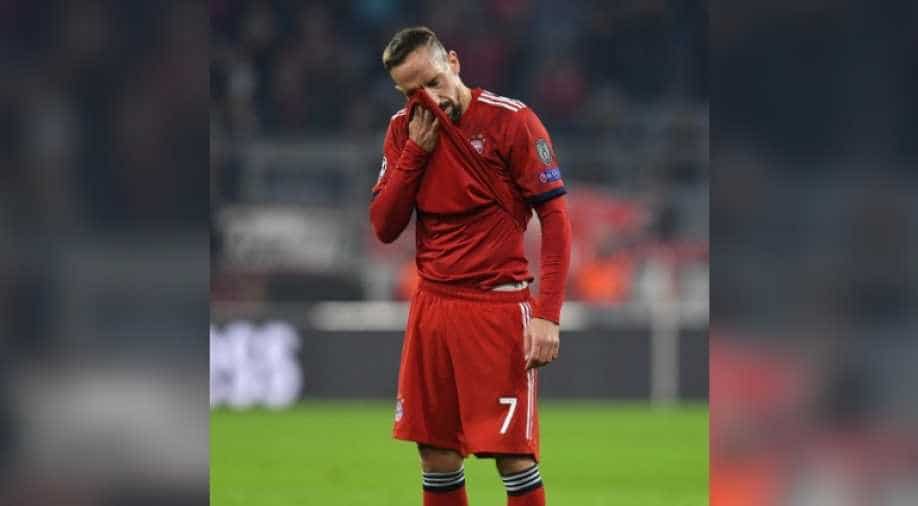 As per reports, Ribery hit Guillou three times in the face before pushing him in his chest.

Saturday's loss at the Signal Iduna Park left the German champions struggling in fifth place in the table, seven points behind unbeaten Dortmund who sit at the top of the Bundesliga.

Bild quoted witnesses saying the row took place between Ribery and Guillou, who works for the BeIN Sport channel, on Bayern's team bus following the match.

The accounts say 35-year-old Ribery hit Guillou three times in the face before pushing him in his chest.

"Franck Ribery informed us of an altercation with his countryman Patrick Guillou, whom he has known for many years. We have agreed to meet in person to discuss how to put this affair to bed," he said.

The tabloid said Ribery, who is yet to score in 15 games this season, was angered by Guillou's negative comments during the match.

Ribery's wife Wahiba had sent the winger a message on Instagram saying Guillou was "very tiring and useless".