France is new No.1, previous champion Germany slumps to 15th in FIFA rankings 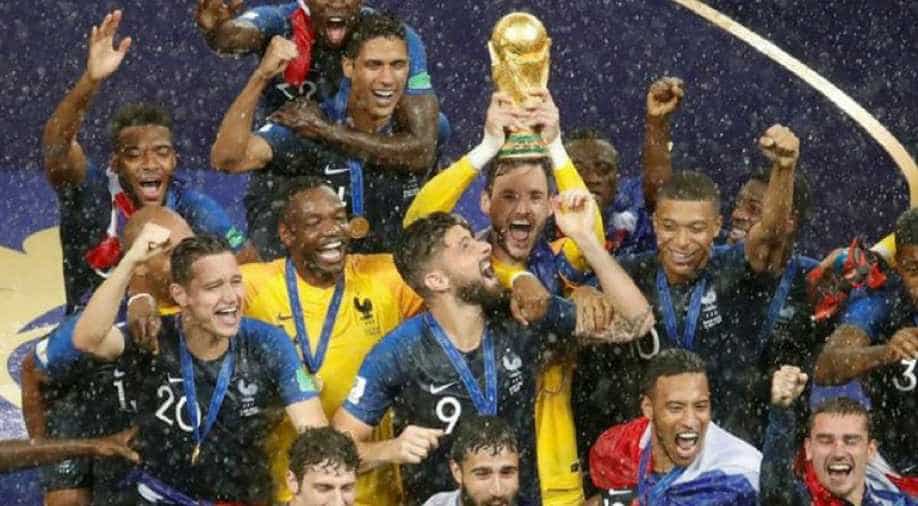 A file photo of France national football team celebrates after their win in Russia this year. Photograph:( Reuters )

FIFA 2018 World champions France shot to the top of the FIFA rankings on Thursday, displacing previous leaders Germany to 15th after their humiliating first-round exit in Russia.

The rankings were the first to be issued since France beat Croatia 4-2 in the World Cup final on July 15.

Following France is Belgium, the team they beat 1-0 in the semi-finals, with Brazil dropping one place to third after their quarter-final exit against the Belgians.

Quarter-finalists Uruguay climbed nine places to fifth while England's run to the semi-finals took them up to sixth place from a previous twelfth.

Lionel Messi's Argentina dropped to 11th after a chaotic campaign which included a 3-0 group stage defeat by Croatia on the way to a last 16 exit against France where they lost 4-3.

Hosts Russia, who began the tournament at a modest 71st place, leapt 21 spots after their surprise run to the quarter-finals.

The latest Fifa rankings were created using a new formula approved by the governing body in June.