Football: 'We lost the best player of all time,' Gerard Pique on Lionel Messi's exit from FC Barcelona 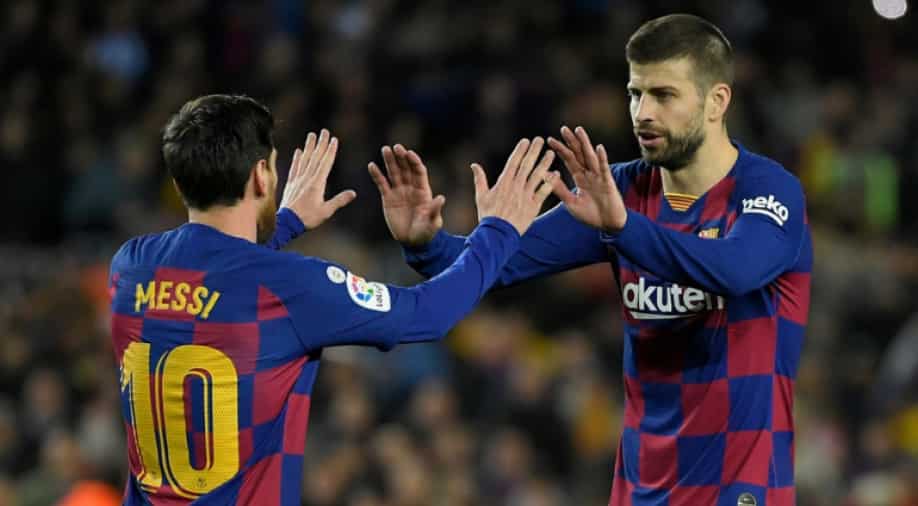 Gerard Piqué, the Barcelona defender has said that the team feels a bit broken subsequent to losing the 'best player ever', Lionel Messi.

After beating Juventus 3-0 in the Joan Gamper Trophy, FC Barcelona's Gerard Pique said the team felt inadequate without having Lionel Messi around although the club will keep on pushing ahead.

Pique, the Barcelona defender, said the team feels a bit broken subsequent to losing the 'best player ever', Lionel Messi.

"The team was honestly a bit broken because of Messi's departure, we will lose magic in attack, but we have to move forward, the fans expect a lot from us. We lost the best player of all time. It has hurt us and it hurt him too," he said.

"I don't know the whole story, the two parties have said that it has been a matter of numbers. The management of the last years hasn't helped, but history shows that we will get up," he added.

In spite of losing Lionel Messi this mid year, Gerard Pique said they have to play for the Barcelona fans who will keep on supporting the club regardless of the exit of six-time Ballon d'Or champion.

“People really want to come to the stadium and we have to cheer the fans. We have to start winning and give them nice things. We need the fans with us.”

Barcelona played against Juventus after the team went to Lionel Messi's last press conference. The Catalan goliaths recorded a determined 3-0 win over Juventus with goals from Memphis Depay, Martin Braithwaite and Riqui Puig.