Football: Retrospective ban on diving good move, but not enough 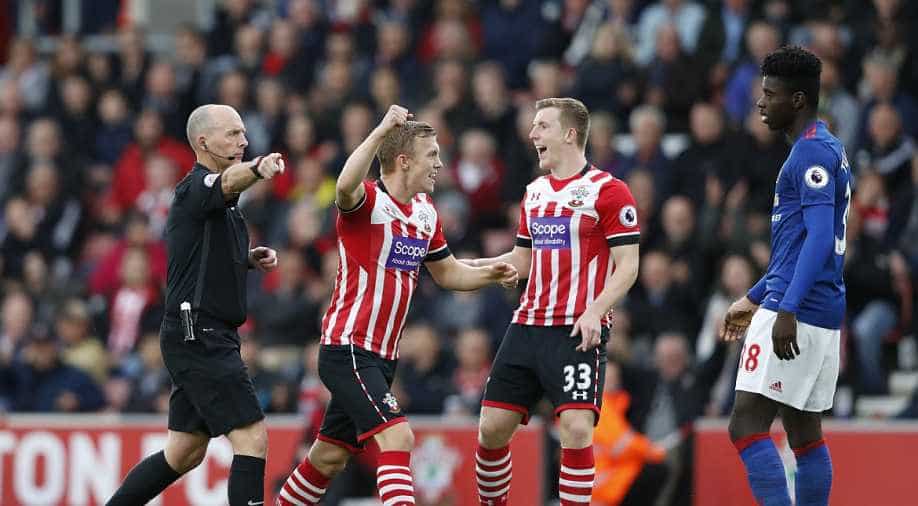 Players in English football can now get a two-match ban for diving Photograph:( AFP )

In a forward-thinking move, the ruling body of English football, the Football Association (FA), has introduced bans for players who simulate getting fouled or hurt in order to gain an advantage.

If a player is seen to have deceived a referee into giving a penalty or getting another player sent off, the footage of the incident will be reviewed on Mondays by a three-member panel consisting of an ex-player, an ex-manager or an ex-referee. If, in the view of the panel, the player has indeed deceived a referee, the player will get a two-match ban.

Now if such deception happens during a game, and the referee cottons on to what a player is trying to do, he can penalise a player with a yellow card for 'unsportsmanlike' conduct.

Instead of just giving a retrospective yellow card for such action, the English FA's contention is that by giving a more severe punishment such as this two-match ban, it would act as a deterrent.

Now it could be argued that football is played so instinctually and at such a breakneck pace, that a knowledge of such rules would hardly be on people's minds and affect their decisions during the game.

But more than that, the problem with anything given retrospectively is that the punishments are given after the match is over, long after the player has affected the course of the game and potentially changed what the result would be.

For example, take one of the most historic dives in world football, the dive by German football legend Jurgen Klinsmann in the final of the 1990 World Cup. Here's a video of the dive:

As Argentinian player Pedro Monzon sticks a leg out, Klinsmann soars over it long before Monzon even gets a chance to touch him. The referee gets fooled and sends Monzon off, the first player to be sent off in World Cup final, and Argentina is reduced to 10 men. West Germany eventually won the final 1-0.

Now imagine a scenario where retrospective action for simulation was a part of international football law in 1990. A retrospective ban wouldn't even begin to make up for the fact that Klinsmann's dive cost Argentina the World Cup. There is nothing fair and proportionate about this punishment.

In football, TV viewers around the world can see, immediately after the incident, slow-motion replays of how a player has dived or faked getting hurt. But the lawmakers in football have contrived to keep this away from the people who need it the most, the referees.

One of the arguments against video replays is that it disrupts the flow of the game. But I think taking an extra minute is a small price to play football the way it deserves to be, justly and fairly.

French Open Finals, Live Streaming: When and where to watch Djokovic vs Tsitsipas?