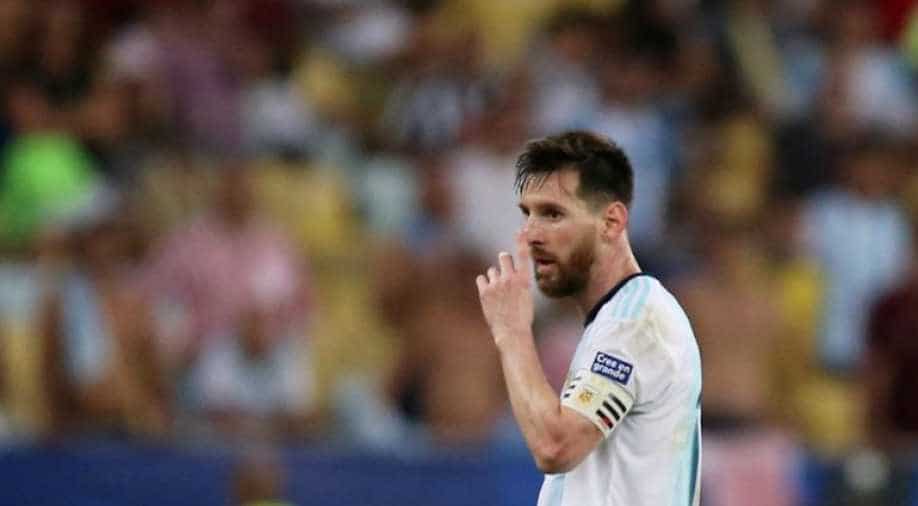 Leandro Paredes made it 2-0 five minutes later when he dribbled through a pack of Colombian defenders and slipped the ball past the keeper.

Argentina scored twice in the first eight minutes but could not withstand Colombia’s second-half pressure as the hosts rallied for a 2-2 draw in a thrilling World Cup qualifier on Tuesday.

Argentina coach Lionel Scaloni made five changes from the team that drew 1-1 with Chile last week and his side got the best possible start when Cristian Romero, playing in just his second international, headed home from a free kick inside three minutes.

Leandro Paredes made it 2-0 five minutes later when he dribbled through a pack of Colombian defenders and slipped the ball past the keeper.

Argentina controlled the first half but their dominance waned just before halftime after their goalkeeper Emiliano Martinez was taken off the field on a stretcher with a possible head injury following a goalmouth clash.

But they did get on the board five minutes into the second half after Argentine defender Nicolas Otamendi used an arm to flatten Mateus Uribe and Muriel converted the penalty.

“I think we had the chances,” said Argentine midfielder Rodrigo De Paul. “They have a great goalkeeper. We’re not happy with a draw.”

Just when it looked like Argentina would hold on, substitute Miguel Borja grabbed a deserved equaliser when his header squirmed under the body of replacement goalkeeper Agustin Marchesin deep into stoppage time.

“Unfortunately, we leave with one point when we deserved all three,” said Scaloni.

The result leaves Argentina in second place behind Brazil in the 10-team South American qualifying group. The top four teams qualify automatically for Qatar 2022 and the fifth-placed side go into an intercontinental playoff.

Earlier on Tuesday, Peru got their first victory of the campaign with a 2-1 win in Ecuador. Christian Cueva put Peru ahead after 63 minutes and Luis Advincula made it 2-0 with a minute remaining.

Gonzalo Plata scored in added time for the home side, who had a penalty award rescinded by the Video Assistant Referee early in the second half.

Hosts Venezuela held Uruguay to a 0-0 draw, the point leaving them joint bottom on four points with Peru and Bolivia, who