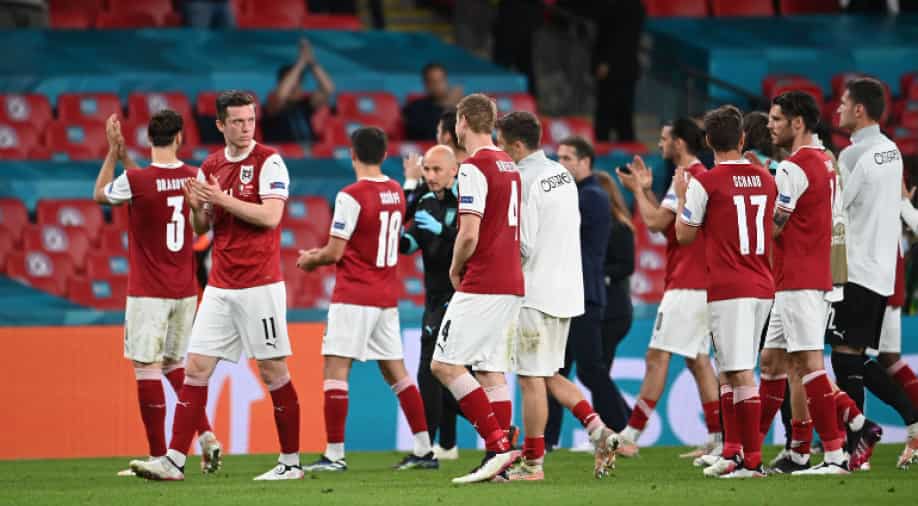 Austria will leave Euro 2020 after failing to get past the last 16 following Saturday's 2-1 extra-time loss to Italy but having earned a lot of praise while also making national team history along the way.

Austria will leave Euro 2020 after failing to get past the last 16 following Saturday's 2-1 extra-time loss to Italy but having earned a lot of praise while also making national team history along the way.

The Austrians under coach Franco Foda arrived at the tournament having not won a game in any of their previous European Championship appearances and therefore having never got past the group stage.

But Foda's team hit the ground running, firing three goals past North Macedonia in their first group match while impressing fans with their brand of attacking football and earning their maiden win in the competition.

With the team brimming with lots of top Bundesliga talent and captained by two-time Champions League winner David Alaba, the quality of Austrian players was never in doubt.

What was questioned though before the tournament was their ability to deliver when it matters at a competition, with Austria having failed to reach the second round of any competition since the 1982 World Cup.

With striker Marko Arnautovic suspended following a verbal attack on a North Macedonian player, Austria slumped to a 2-0 defeat against the Netherlands in their second game but recovered quickly to snatch a 1-0 victory over Ukraine and qualify second in their group, another first for Austria.

They produced their best performance on Saturday at Wembley Stadium when they frustrated Italy, unbeaten now for 31 games, over 90 minutes to force extra time.

Extremely disciplined and compact at the back and with an appetite to hit on the break, the Austrians had their share of chances and could have even snatched a surprise win but fatigue and brief concentration lapses proved costly in extra time as they conceded two goals.

But even then Austria refused to surrender, bagging a goal through Sasa Kalajdzic in the 114th minute and then desperately chased an equalizer in a dramatic finale.

"It is difficult to find words after such a game," Alaba said. "But we just have to be immensely proud of ourselves and Austria can be proud of us. We threw everything we had in it. We were just not rewarded for the effort."

They will, however, be leaving with a lot of newfound respect.