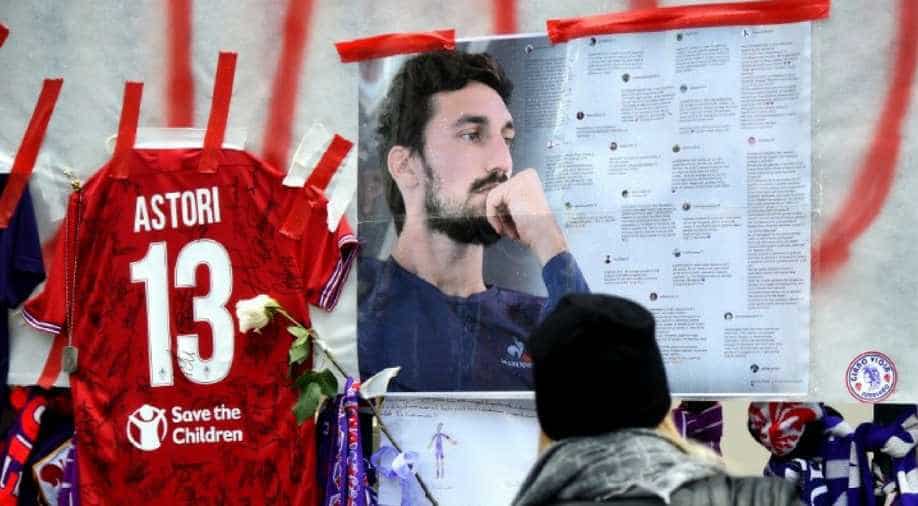 Serie A club Fiorentina announced that their training ground will be renamed in tribute to former captain Davide Astori, who died aged 31 earlier this month.

The Italian international died suddenly in his hotel room before a match at Udinese on March 4.

The team's training ground will be renamed the 'Centro Sportivo Davide Astori'.

"We've made this decision because that was his home," said Fiorentina president Mario Cognini.

"He went there every day for training and used to spend time there with his family too. We believe that honouring him in this way is the right thing to do."

Astori's number 13 shirt was retired by the club, where he had played for three years.

The centre-back came through the youth system at AC Milan before spending eight years at Cagliari, while he also had a loan spell at Roma.