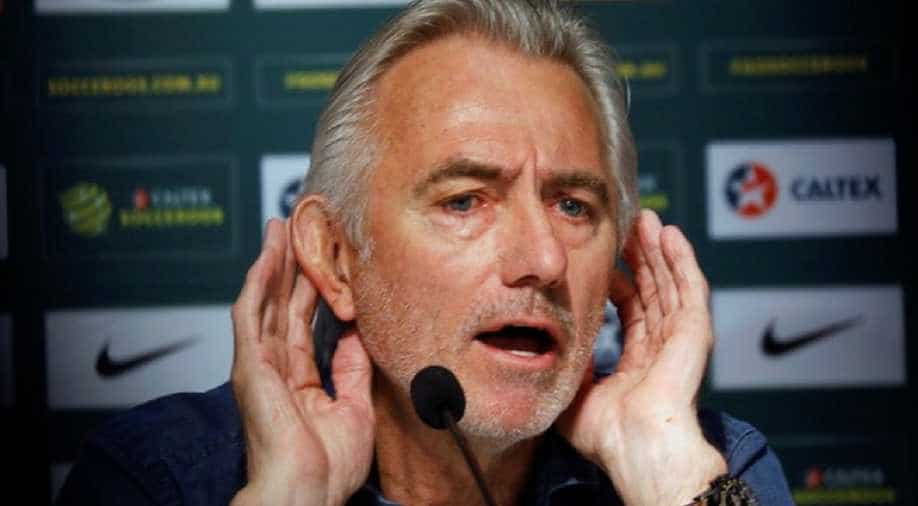 The shimmering Mediterranean coastline of southern Turkey has provided an idyllic backdrop for Australia's World Cup preparations but coach Bert van Marwijk is far from relaxed as the Socceroos race to be fit for Russia.

Given only months to turn the world's 40th-ranked team into an outfit that can challenge France, Denmark and Peru in the group phase, the Dutchman has tried to fast-track fitness levels with an intense Bootcamp at their Antalya base.

The plans have been thwarted to an extent by late arrivals, however, and the full 27-man squad was not in place until Tuesday when captain Mile Jedinak turned up for a light session and goalkeeper Danny Vukovic finally landed after completing club duties.

Striker Tomi Juric has struggled with a knee injury, prompting the late call-up for the initially snubbed Scotland-based forward Jamie Maclaren, while midfielder Aaron Mooy had to be excused for a period to have a wisdom tooth removed.

The little frustrations have piled up for Van Marwijk, who admitted he was feeling the pressure to get the squad to meet his benchmarks before Russia.

"I am not nervous, but when I started I wanted to start with all players,” he told former Australia goalkeeper Mark Schwarzer, now a pundit for local broadcaster Optus Sport.

"The first mission we have is to get them all on the same physical level. That’s not so easy. Because players (are) coming back from injury.

"It’s a very big difference and you want to prepare but you don’t have a lot of time.

"That’s my problem. I knew it before, I knew I can’t change it, I cannot blame anybody, but I’m happy everybody is here and I can train with all players."

Barring a few minutes at the start of sessions, media have been barred from training as Van Marwijk imprints his game plan upon a squad that made hard work of Asian qualifying and struggled to score goals.

The manager has been cagey about his set-up but has shelved his predecessor Ange Postecoglou's 3-2-4-1 formation in favour of four at the back.

Players are still being tested in different roles but defensive midfielder Mark Milligan has been told he will only be used as a central defender, meaning Jedinak is likely to retain his holding midfield role.

Australia has never lacked for hard-working footballers and their discipline has impressed Van Marwijk, but he is concerned their eagerness to follow his orders has made them reluctant to improvise.

"But what I was a little bit surprised about was they did everything exactly the way I told them," said Van Marwijk.

"In life, you (also) have to take decisions for yourself.

"Sometimes, things change. Sometimes, they are different. Then you have to anticipate that.

"I like discipline, but I also like players who develop themselves and who sometimes take their own decisions."

After a 4-1 loss to Norway and a 0-0 draw against Colombia in March, Van Marwijk will see how far his squad have come in a friendly against the 45th-ranked Czech Republic on Friday in St Polten, Austria.