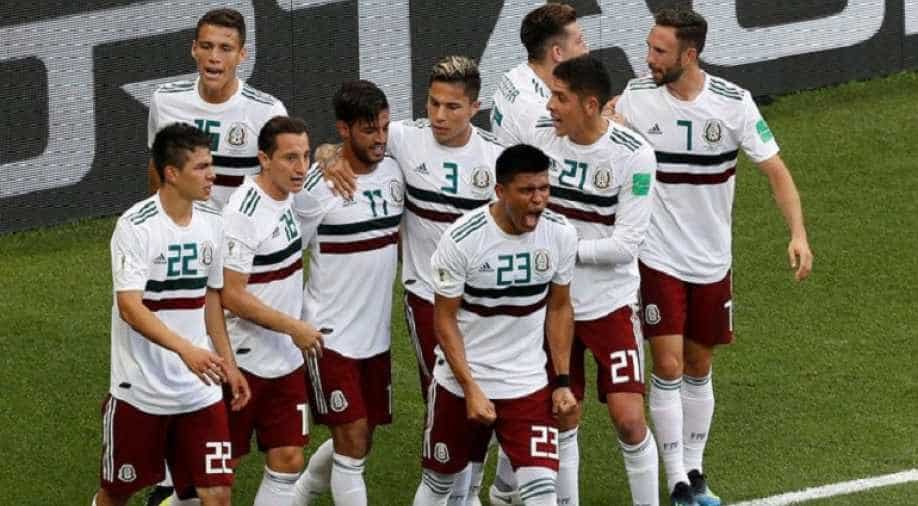 A superb breakaway goal by Javier Hernandez and Carlos Vela's penalty gave Mexico a 2-1 win over South Korea on Saturday.

Mexico, which surprised the world by defeating holders Germany, is on the brink to book a place in the last 16.

Mexico went ahead in the 26th minute when Vela sent goalkeeper Cho Hyun-woo the wrong way from the spot.

Hernandez added the second in the 66th minute and guiding the ball home to finish off a lightning counter-attack.

South Korean winger Son Heung-min pulled one back for South Korea in stoppage time with a spectacular left-foot strike from outside the area.

Mexico lead with six points from two games while South Korea have lost both matches and have only a remote mathematical chance of progressing.