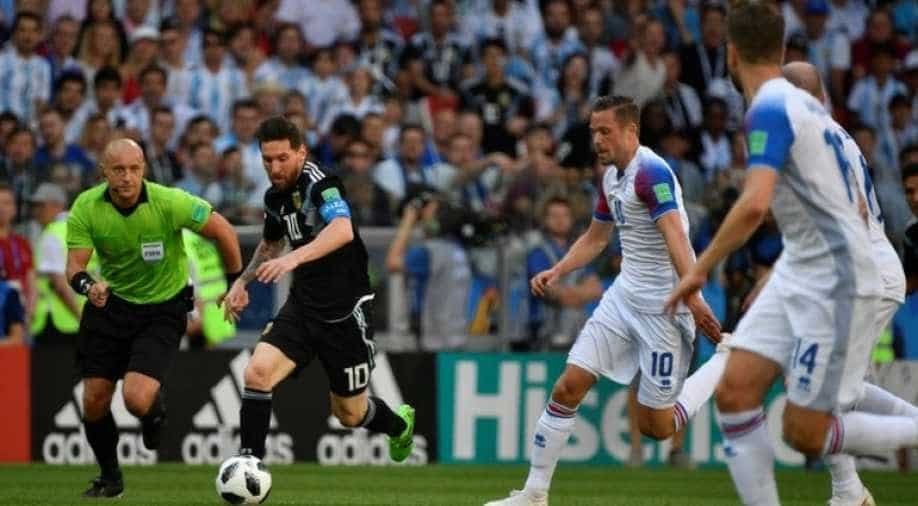 Argentina star Lionel Messi missed a penalty and a free kick to be held by the hands of Iceland in their campaign opener of 21st FIFA World Cup on Saturday.

The Argentina star became a villain for Argentina as his second-half spot-kick was easily saved by Hannes Halldorsson.

Iceland made a stunning first-ever World Cup appearance to hold Argentina to a 1-1 draw in a dramatic match.

Sergio Aguero had given the two-times world champions the lead after 19 minutes of the Group D match.

However, Iceland, who stunned the soccer world with their run to the quarter-finals of the European Championship two years ago, showed exactly the same commitment to hit back four minutes later through Alfred Finnbogason and equalise the score.

Their disciplined, defensive tactics frustrated an Argentina side who enjoyed the majority of possession and they also carried a threat going forward from the start, with Birkir Bjarnason missing a glorious early chance.

Argentina eventually took command and delivered wave after wave of attacks in the second half.

Iceland, by far the smallest country by population to appear at the World Cup, famously beat England in the last 16 of Euro 2016 and again inspired by their thunderclapping fans ran tirelessly and fought for everything.