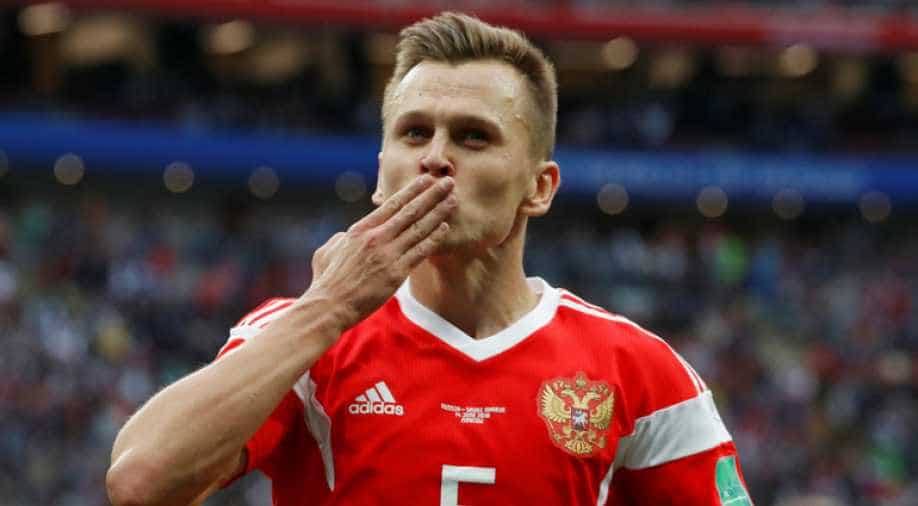 Russia have won the first match of the 21st edition of FIFA World Cup by defeating Saudi Arabia 5-0 at Luzhniki stadium, Moscow on Thursday. Mid-fielder Yury Gazinsky scored the first goal of the World Cup campaign in the first half of the match. The lead was further extended by Denis Cheryshev. He came as a substituted in the 43rd minute of the game and gave a 2-0 advantage. The first 45 minutes were dominated by Russia.

Striker Artem Dzyuba scored the third goal for Russia and thrashed the Arabian hopes. Golovin promoted the goal from the right side and Dzyuba, making no mistakes, stunned the Saudi goalkeeper to net the ball.

Saudi briefly threatened early in the second half when an inviting cross in from the right skipped just beyond the reach of Taiseer Al-Jassam.

Denis Cheryshev struck again and scored the fourth goal scored for the team. He became the second player after Oleg Salenko, in the history of World Cup to score more than once for Russia. The goal streak did end there, the fifth goal came in the extra time when a foul helped Russia in the injury time to seal the victory with a score of 5-0.

Read the match updates as it happened

The way Russians have played tonight, it shows that they are aiming for the golden trophy.