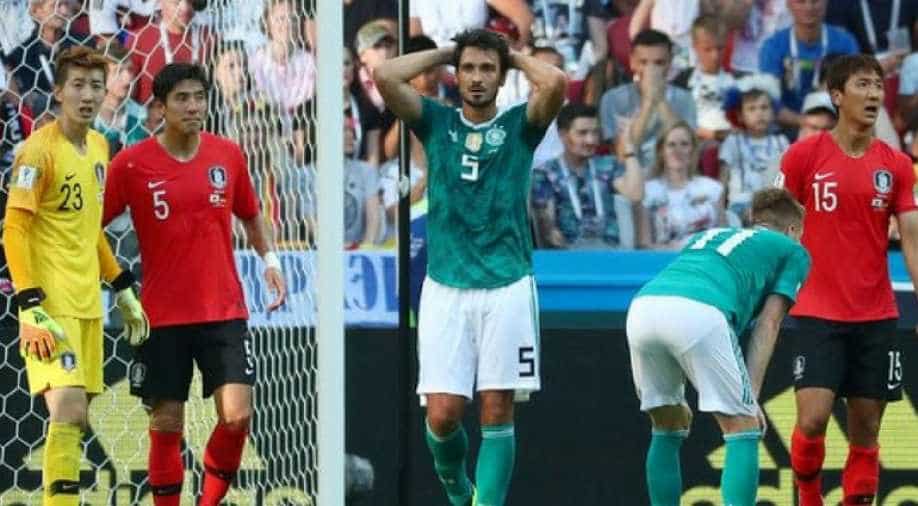 Defending champions Germany got an early return ticket in the World Cup 2018 as brave South Korea defeated the Joachim-led side 2-0 in the final group match at Kazan Arena.

The chances for Germany to qualify to the knock-out stage was dependant on the other group F match. They would have qualified if they had registered a win by two or more goals or better Sweden's result against Mexico which was being played at the same time at Yekaterinburg's Central Stadium.

However, Sweden outplayed the Mexicans and won the match by 3-0 to progress further in the tournament.

Germany finished bottom of Group F after a 2-0 defeat against South Korea. Sweden topped the group after a 3-0 win against Mexico.

The four-time winners had not been eliminated in a World Cup first round since 1938.

South Korea, also eliminated, had the best early chance of the game when Germany keeper Manuel Neuer spilled a free kick in the 19th minute but managed to recover quickly and slap the ball away.

Nervous Germany increased the pressure after the break and poured forward but despite a one-sided second half they could not find the back of the net before South Korea's last-gasp double.