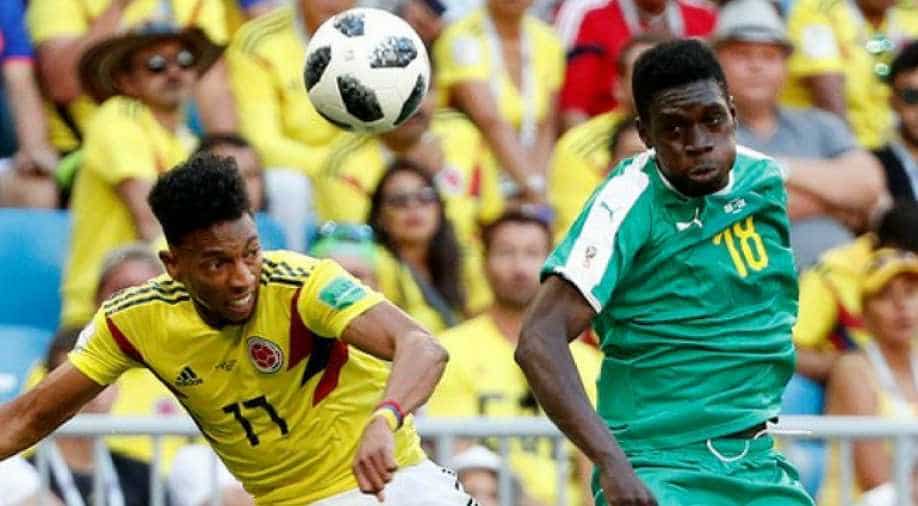 Colombia&nbspare through to the last 16 of the World Cup after a tense 1-0 victory on Thursday (June 28) over Senegal, who go out on the disciplinary ruling.

Yerry Mina's 74th-minute header in Samara, Russia - the defender's second goal in as many games - was enough to give&nbspColombia&nbspa second Group H win and ensured they finished as group winners on six points, but Senegal are denied a place in the knockout stages after having more yellow cards than Japan.

Japan - who went into the final match as group leaders - lost 1-0 to already-eliminated Poland in Volgograd, meaning the Samurai Blue and Senegal finished the group with identical records (four points, zero goal difference and the same goals scored).

With the two sides having drawn 2-2 in their group meeting, Japan snatched the Group H runners-up spot having picked up fewer bookings than the West Africans, who become the first team to go out on a disciplinary ruling in World Cup history.

Aliou Cisse's Senegal were denied a penalty in Samara after a VAR ruling that appeared to show Colombia's Davinson Sanchez making a good tackle on Liverpool forward Sadio Mane.

In a game of few chances, Barcelona centre-back Mina thumped in a header from a corner with 16 minutes remaining to send&nbspColombia&nbspthrough to play the Group G runners-up - either England or Belgium.

Jose Pekerman's&nbspColombia&nbspare into the last 16 for the second successive World Cup, while Senegal now can't repeat their quarter-final heroics from 2002 - their only other World Cup appearance.