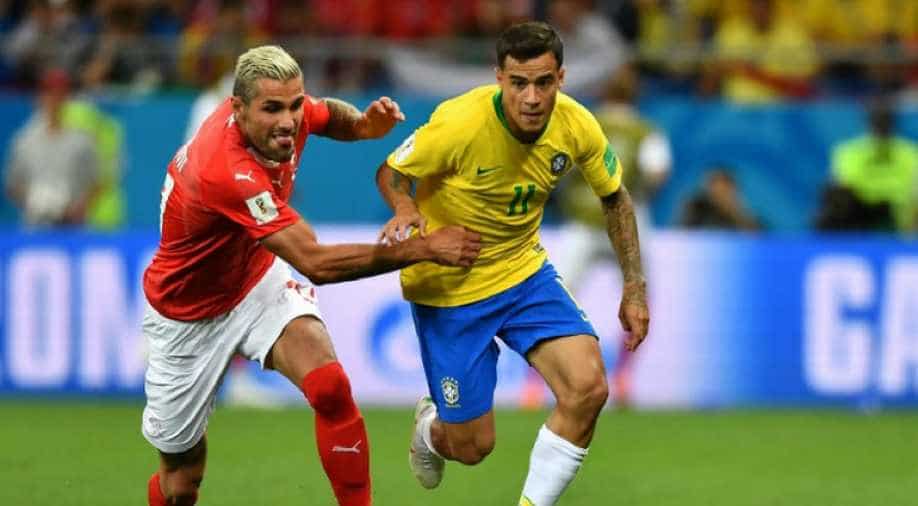 Brazil's World Cup campaign&nbspgot off to a slow start as stubborn Switzerland held them with a 1-1 draw in Rostov-on-Don on Sunday. Steven Zuber scored the dream goal of his life as he equalised against Brazil to draw 1-1 against the Tite's side. Brazil got many chances, in the end, missed all of them and despite being star-studded, Brazil outplayed by Switzerland. Swiss defenders were on their toes and stood tall against all the plans of Brazilian strikers.

With this draw, Brazil failed to salvage a 4-year long humiliation that they suffered after a devastating 7-1 defeat against Germany in the semi-finals of World Cup 2014.

Neymar was not much effective but he teased the Swiss defence provoking yellow cards for Stephan Lichtsteiner, Fabian Schar and Valon Behrami.

Barcelona's record signing Phillipe Coutinho had been handed a central role for the team, Gabriel Jesus and Willian in a line-up filled with attacking intent from coach Tite.

Paulinho passed up a glorious chance when his scuffed effort from close range was turned behind by Yann Sommer.

However, Brazil failed to build on their lead as Thiago Silva and Jesus headed off target from dangerous corners and were made to pay early in the second-half.

Switzerland had offered barely any attacking threat before levelling when Zuber took advantage of a gaping hole in the heart of the Brazilian defence to head home Shaqiri's corner.

Brazil were unhappy that Zuber wasn't penalised for a slight push on Miranda for the equaliser and felt hard done by again when Jesus tumbled under a challenge from Manuel Akanji inside the area with Mexican referee Cesar Ramos unmoved.

Still, Brazil have chances of redemption in order to move forward to the last-16 in the World Cup tournament