FIFA, UEFA suspend Russia from international football until further notice in the wake of Ukraine crisis 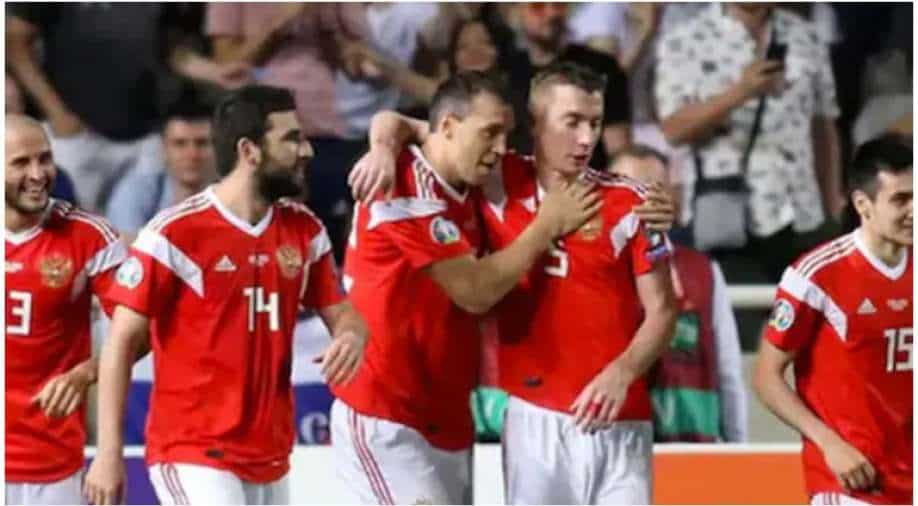 "FIFA and UEFA have today decided together that all Russian teams, whether national representative teams or club teams, shall be suspended from participation in both FIFA and UEFA competitions until further notice," UEFA said in a statement.

FIFA and UEFA have taken a big step in the wake of the Ukraine crisis. In the aftermath of the sad turn of events in Ukraine, Russia's national teams and clubs have been suspended from international football until further notice.

With this, it seems likely that Russia will be excluded from this year's World Cup as well as from the women's Euro 2020 tournament.

"FIFA and UEFA have today decided together that all Russian teams, whether national representative teams or club teams, shall be suspended from participation in both FIFA and UEFA competitions until further notice," UEFA said in a statement. "These decisions were adopted today by the Bureau of the FIFA Council and the Executive Committee of UEFA, respectively the highest decision-making bodies of both institutions on such urgent matters," they added.

The move was very likely to take place soon as there has been a lot of noise in the sporting fraternity to ban Russian teams, or players, from various sports.

For the unversed, Russia was scheduled to host Poland in a World Cup qualifying playoff on March 24. Hence if they remain suspended at that time, they would be out of the World Cup and unable to progress to the finals in Qatar, to be held later this year in November.

The Polish FA had made it clear that they will not play against the Russian team. Moreover, the Czech Republic and Sweden -- who are in the same playoff path -- had also ruled out locking horns with Russia.

While everything is on the decline for Russian sports, since the Ukraine invasion, not all is lost. The only way Russia could still see them featuring in the playoffs would be courtesy a drastic improvement in the current state of affairs in Ukraine. Nonetheless, at present, their sporting icons are facing the music due to the country's attack on Ukraine.

"Both Presidents (of the soccer bodies) hope that the situation in Ukraine will improve significantly and rapidly so that football can again be a vector for unity and peace amongst people," UEFA said.

The organisation also pointed out that a further decision would be made at a later date about the impact on the women's Euro 2022 tournament, set to be held in England during mid-2022. The Russian team have qualified for the showpiece event.