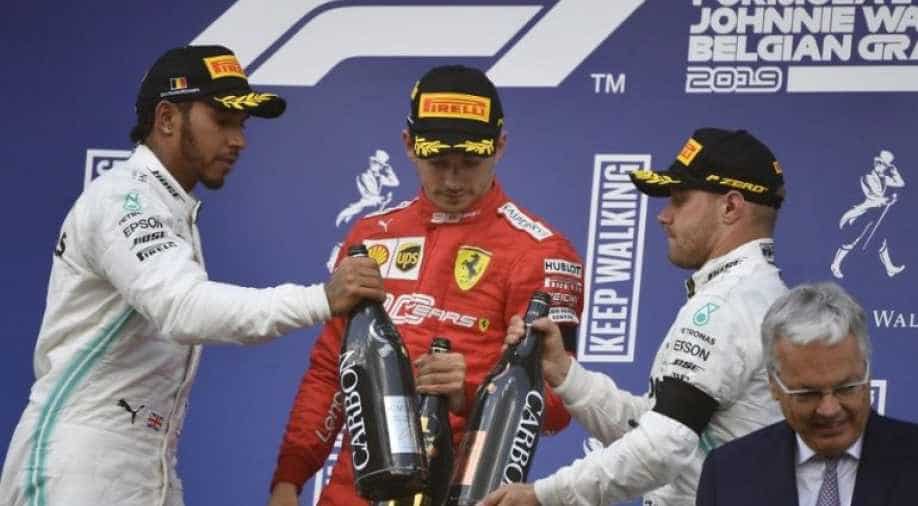 Leclerc started from pole for an emphatic victory, finishing ahead of series leader Hamilton, in a Mercedes

Charles Leclerc dedicated his maiden Formula One race victory at the Belgian Grand Prix on Sunday to his late friend, Anthoine Hubert.

His landmark success came a day after the death of 22-year-old Frenchman Hubert in Saturday’s tragic Formula Two race.

And Leclerc was quick to express his emotions as he steered back to the ‘parc fermee’, his steering wheel sporting a simple message ‘RIP Tonio.”

“My first victory in F1 and this one is for Anthoine,” he said on the team radio. “It feels good, but it’s difficult to enjoy on a weekend like this. But thanks guys, you are the best – it’s a dream come true."

Leclerc said he felt he could not enjoy his long-awaited first win.

"It has been a very difficult weekend since Saturday – I have lost a friend and I want to dedicate this victory to him. We grew up together and my first race I did it with Anthoine, Esteban (Ocon) and Pierre (Gasly).

"It’s just a shame what happened yesterday. I cannot enjoy my first victory, but it will definitely be a memory I will keep forever.”

LEC: "On the one a hand a dream I've had since I was a child has been realised, but on the other it has been a very difficult weekend. I grew up with Anthoine and I want to dedicate my win to him"#F1 #BelgianGP 🇧🇪 pic.twitter.com/NWBM5rtDWY

Hamilton’s strong finish almost carried him to within reach of a stunning late win, but the result still enabled him to enlarge his lead in the title race to 65 points ahead of Bottas.

"I gave it everything that I had,” said Hamilton.

"It was a really difficult race and there Ferraris were just too fast on the straights. Congratulations to Charles for his first win — he’s had it coming all year."

Pierre Gasly came home ninth on his return to the Toro Rosso team and Lance Stroll 10th in the second Racing Point.