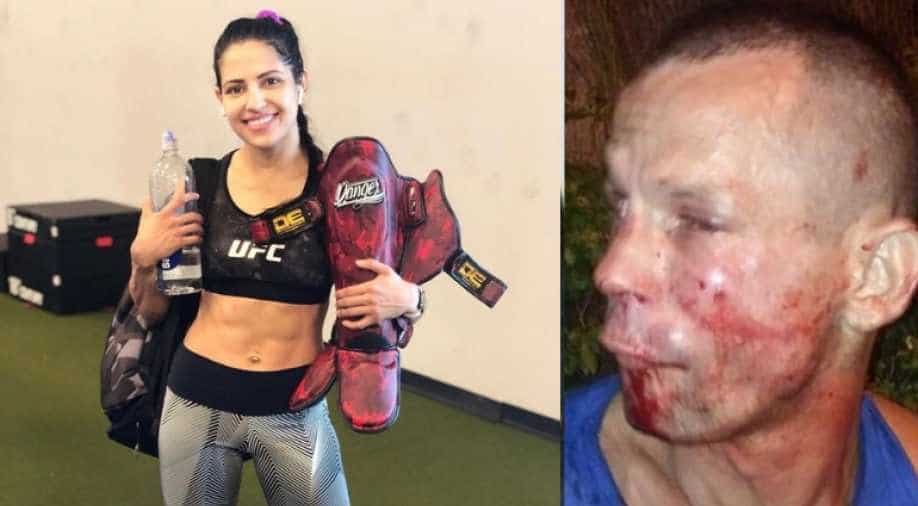 Brazilian UFC fighter Polyana Viana turned the tables on the thief with punches and kicks and held him in a 'rear-naked choke' before waiting for the police to arrive.

A mixed martial arts (MMA) fighter beat up a thief who tried to rob her using a fake gun in Rio de Janeiro, Brazil.

UFC fighter Polyana Viana turned the tables on the thief with kicks and punches and held him in a "rear-naked choke" while waiting for the police to arrive. The would-be thief's gun was made out of cardboard.

Polyana, who goes by the nickname "The Iron Lady", was waiting for a cab when the thief warned her that he was armed, and ordered her to hand over her mobile phone.

Viana told website MMA Junkie that the thief used a fake gun to try and steal her mobile phone while she waited outside her apartment block on Saturday night.

The Robber Union in Rio de Janeiro is asking that the UFC please give a fight to Polyana soon! They are worried for their safety while she is lose out there and with nothing to do! @Mickmaynard2 @danawhite @PolyanaViana @NandaPrates_ pic.twitter.com/Iwbp26t38H

On the left is @Polyana_VianaDF, one of our @UFC fighters and on the right is the guy who tried to rob her #badfuckingidea pic.twitter.com/oHBVpS2TQt

"He asked me the time, I said it, and I saw he wasn't going to leave. So I already moved to put my cell phone in my waist.

"And then he said, 'Give me the phone. Don't try to react, because I'm armed.' Then he put his hand over [a gun], but I realised it was too soft.

"He was really close to me. So I thought 'if it's a gun, he won't have time to draw it.' So I stood up. I threw two punches and a kick. He fell, then I caught him in a rear-naked choke."

Viana posted images of the would-be robber, looking dejected and bruised, with blood on his sleeveless shirt and on a hand.

She said that, after the suspect's processing by police and treatment for his injuries, she went home and made dinner. Her hands hurt a bit the next day, but nothing serious and she was otherwise unharmed.