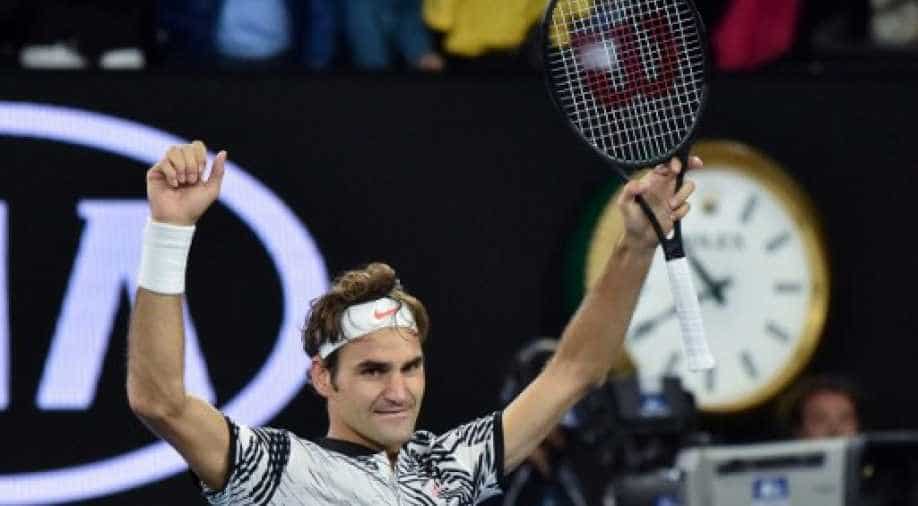 Roger Federer reached his first Australian Open final in seven years on Thursday and then made it as clear as he politely could that he would welcome the chance to renew his epic rivalry with Rafa Nadal as he chases his 18th grand slam title.

The 35-year-old Swiss came through a five-set battle with compatriot Stan Wawrinka to set up a final against Spaniard Nadal or Bulgarian Grigor Dimitrov, who meet in Friday's second semi-final.

"It's real, I can really actually talk about a final, I've been dodging that bullet for the last few days," Federer said.

"Rafa's given me the most problems in the game ... I'm probably Rafa's number one fan, I think his game is just tremendous. He's an incredible competitor.

"I'm happy that we've had some epic battles over the years and of course it would be unreal to play him here."

While Federer's preference seemed clear, he did not earn his reputation as one of the great gentlemen of sport without paying due respect to both of his potential opponents.

"Dimitrov's got a very complete game. He can mix it up really well. He's very confident and you never want to play confident players, but it's him or Rafa," said Federer, laughing.

"It's going to be tough either way."Both Federer and Nadal missed the back end of last season because of injury, the Swiss after his first ever knee surgery and Nadal because of a wrist injury.

Federer said neither of them would have believed they would be potentially meeting in a grand slam final when they got together to open the Spaniard's academy in Mallorca just a few months ago.

"I was on one leg, he had the wrist injury and we were playing some mini-tennis with some juniors and we said, 'That's the best we can do right now'," he said.

"A few months later, we're potentially going to be in the final. I think it's been a very special tournament for both of us already."

Federer unusually took a medical timeout in his three-hour, five-minute battle with Wawrinka, saying he had been carrying an upper leg injury.

He said he was not worried about it and nothing was going to stop him from taking to the court and fighting it out for a fifth Australian Open crown on Rod Laver Arena on Sunday.

"I'll leave it all out here in Australia and if I can't walk for another five months, that's okay. I'll give it my best shot," he said.

"It feels amazing. I never, ever in my wildest dreams thought I would come this far in Australia. I have a couple of days off. It's beautiful, I'm so happy."