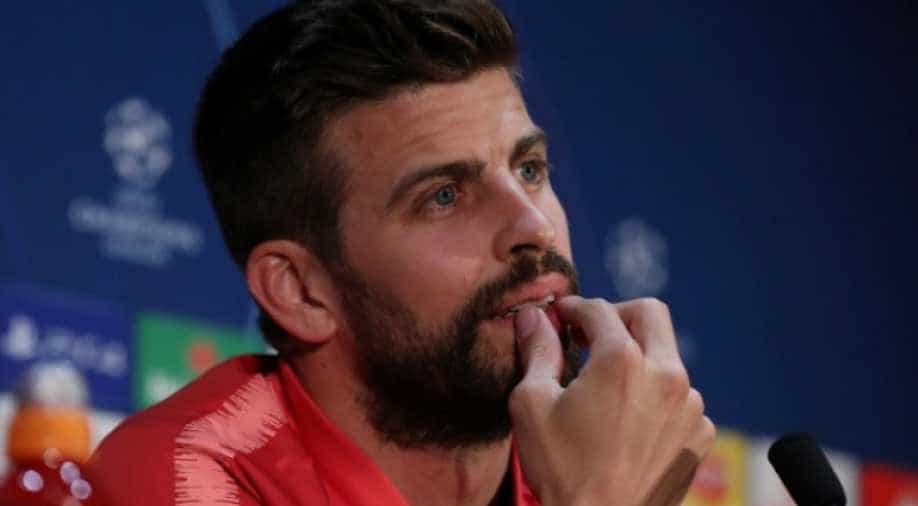 Many Spanish media reports suggest that he could be on the sidelines for another three weeks.

Pique has already missed three months earlier this season due to a knee problem. He also scored a last-minute equaliser to send Barca's Copa del Rey semi-final with Sevilla to extra time on Wednesday and eventually winning the tie 3-0 after extra time, overturning a 2-0 first-leg deficit.

"The medical assessment and tests performed this morning have shown that first-team player Gerard Pique has a sprain in the internal lateral ligament of his right knee. He is therefore unavailable and the evolution of the injury will determine when he returns," a club statement read

The 34-year-old defender has just featured in 15 matches for his club this season due to injuries and many Spanish media reports suggest that he could be on the sidelines for another three weeks.

Barcelona will be facing Paris Saint Germain next Wednesday in their Champions League last-16 second leg, trailing 4-1 from the first meeting last month.