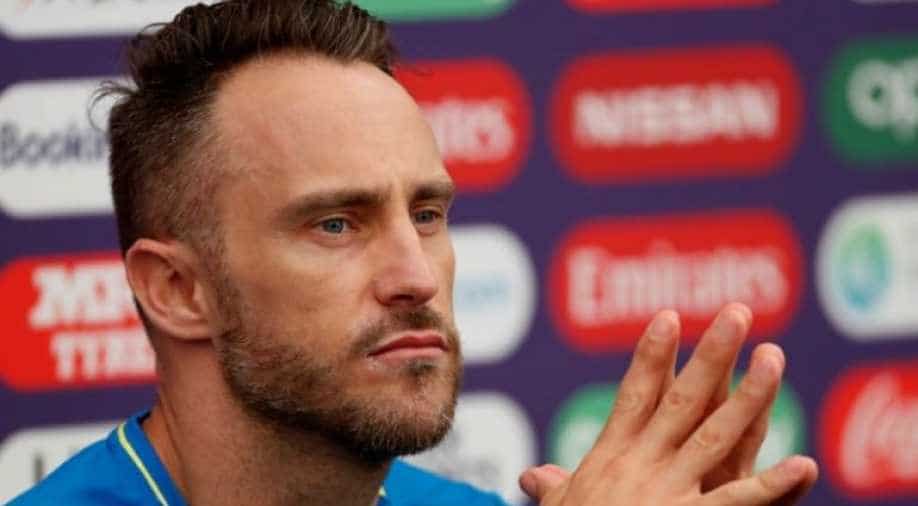 Amla is the only South African to have scored a triple century in Test cricket and is second behind Jacques Kallis in Test runs for the country (9,282).

South African skipper Faf du Plessis praised Hashim Amla, who announced retirement from international cricket on Thursday and hailed him as the called him 'father figure' of the Proteas.

Du Plessis took to Twitter and wrote, "The mighty # @amlahash...The father figure of our team. So much wisdom, so much humility, always a smile on ur face and has been the rock of the batting line up for as long as I can remember."

Having played international cricket for 15 years, scoring almost 10,000 Test runs and close to another 10,000 in limited-overs internationals, Amla called time on his career.

"I learnt many lessons during this incredible ride, made many friends and most importantly shared in the love of a brotherhood," he said in a statement released by Cricket South Africa (CSA).

The 36-year-old is the only South African to have scored a triple century in Test cricket and is second behind Jacques Kallis in Test runs for the country (9,282).

Amla also has the highest Test score by a South African batsman against England, India and the West Indies.

"You have served your country with great distinction and been a source of inspiration for many youngsters @amlahash! Wishing you a wonderful retired life. Good luck my friend," Tendulkar wrote.