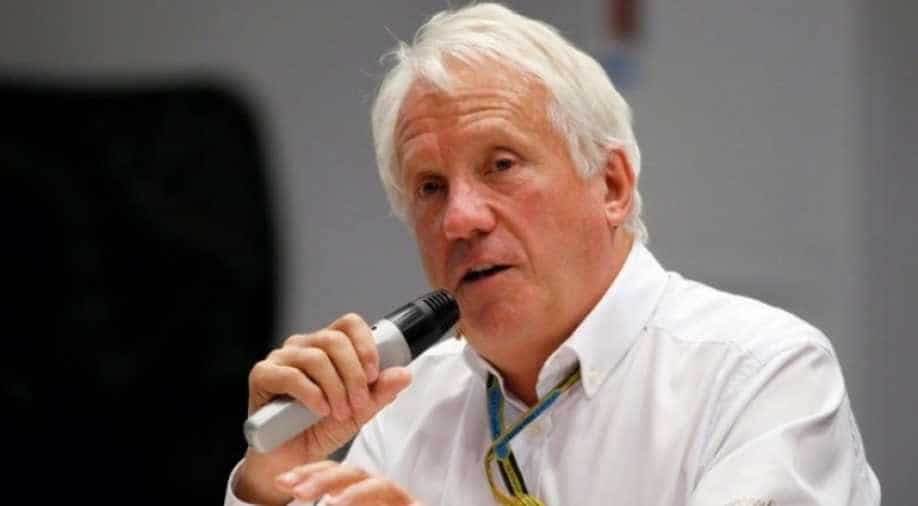 The Briton, who started his career working for the Hesketh team in 1977, died in Melbourne of a pulmonary embolism, the FIA said in a statement.

Formula One drivers paid tribute to race director Charlie Whiting, a popular and key figure in the sport, who died on Thursday (March 14), three days before the season-opening Australian Grand Prix. He was 66.

The Briton, who started his career working for the Hesketh team in 1977, died in Melbourne of a pulmonary embolism, the FIA said in a statement.

Whiting, who had been race director since 1997, first worked in Formula One for defunct British outfit Hesketh before crossing to Brabham to work with the sport's former commercial supremo Bernie Ecclestone in the 1980s.

He joined the FIA as a technical delegate in 1988.

As FIA director, Whiting was a driving force in pushing improved safety and played a key role in the introduction of the halo, the ring-like barrier fitted over the drivers' heads to protect them from heavy impacts and missiles.

The halo was credited with saving driver Charles Leclerc, now at Ferrari, from a potentially serious injury at last year's Belgian Grand Prix when Fernando Alonso's McLaren bashed against his Sauber's bodywork as it flew over the Monegasque's head.

The news was met with shock in the Formula One paddock where Whiting was close to drivers, with whom he conducted pre-race briefings, and teams who sought technical guidance and clarifications. Lewis Hamilton said Whiting "contributed so much", while Sebastian Vettel said he was "the drivers' man".

On the track, Hamilton will be looking to win his sixth drivers' title while his Mercedes team will be aiming for their sixth consecutive championship. Ferrari, who performed well in pre-season testing, are expected to be the main challengers.

A new twist to this season will be an extra point given in each race for the fastest lap by a top-ten finisher.