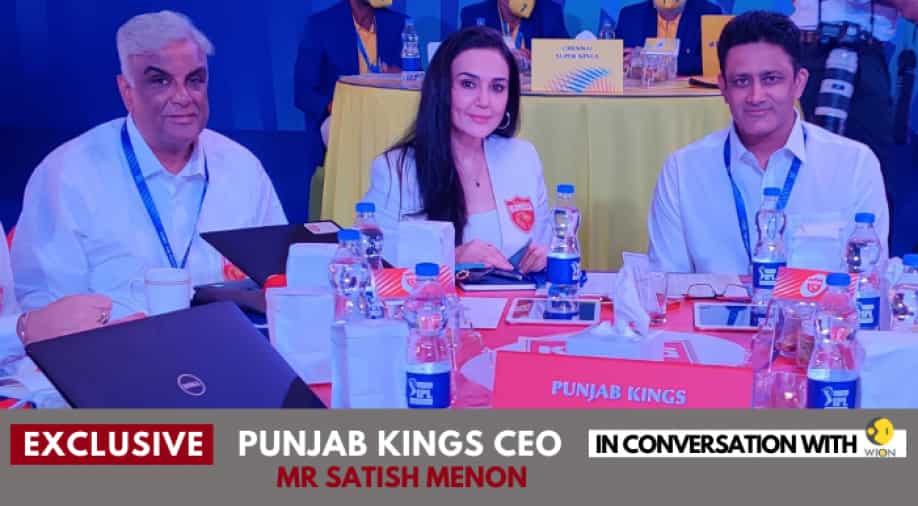 As the 14th edition of the Indian Premier League (IPL) approaches after the completion of mini-auction, Punjab Kings CEO, Satish Menon, exclusively spoke to WION’s Subhayan Chakraborty as he discussed the rebranding of the Punjab franchise, the big-name signings in the auction, growth of Punjab Kings since the inaugural edition of IPL, and much more.

The mini-auction for the Indian Premier League (IPL) 2021, which was held in Chennai on February 18, lived up to the expectations of the fans as an action-packed event enthralled the fans with surprises and excitement.

The Punjab franchise went into the mini-auction not only with the biggest purse but with a revamped brand identity as well. A new name and logo to freshen up things as Kings XI Punjab was renamed to Punjab Kings as the franchise commences a new journey in the world of IPL.

With a purse of INR 53.1 crore in the auction, Punjab Kings were expected to sign some big-name players and the franchise lived up to the expectations. Not only did Punjab Kings sign the world’s number one T20I player, but they also signed two of the brightest Australian talents when it comes to the shortest format of the game. On top of that, Punjab Kings roped in a couple of domestic talents who are known for their exploits in T20 cricket.

As the 14th edition of the Indian Premier League approaches after the completion of mini-auction, Punjab Kings CEO, Satish Menon, exclusively spoke to WION’s Subhayan Chakraborty as he discussed the rebranding of the Punjab franchise, the big-name signings in the auction, growth of Punjab Kings since the inaugural edition of IPL, and much more.

Below are the excerpts:

Subhayan Chakraborty: What made the franchise go ahead with a new logo and name, and what was the idea behind it?

Satish Menon: The new name and logo were in process for some time. It is not something we changed overnight. We felt it was the right time to refresh things up and give fans something new. Initially, our idea was to revamp the Punjab franchise’s branding in 2022 but with new franchises likely to join from next season onwards, we felt this season was the best time to make the most out of it as the new franchises would naturally be promoting themselves when they are launched. We are delighted with the response to the new name and logo from everyone.

Punjab Kings is a more evolved brand name along with our new logo. We wanted to focus on the core brand. Having said that, the change in logo and name is not about shifting our focus from our ethos. It is more about celebrating unity as a family. The new logo has modern elements in it.

SC: How do you look at Punjab Kings’ growth as a franchise in the last decade?

Satish Menon: It has grown massively. When the IPL was introduced to this country and the cricket community, we were entering unknown territory. India is a cricket crazy nation; people love the sport. As a brand, we have seen tremendous growth in terms of the number of followers not only in India but worldwide. The love and passion for our franchise have just grown despite us not winning silverware, which reflects the loyalty of our fanbase.

“I am pretty sure the new name will bring us good fortune this year!” 💥#CaptainPunjab, we are pretty much sure, too! 🥰#SaddaPunjab #PunjabKings @klrahul11 pic.twitter.com/edIJyFNmv1

SC: Punjab Kings have played some good cricket over the years but one thing which is missing is silverware. What do you make of the team's failure to win titles despite trying so many team combinations in the past and now?

Satish Menon: Winning and losing are part and parcel of cricket or any other sport. As you said, we have played some good cricket but we have always been looking to improve and take that next step forward. IPL is top quality and there is only one winner. We obviously want to lift the trophy but at the same time, we want our fans and viewers to enjoy good cricket. Punjab as a team has come close to be in the final stages of the tournament or even win the IPL but it is the failure in the last phases that have hurt us as a team. We are confident in our team, players and everyone associated with it and hope to break the deadlock.

SC: Punjab Kings made some big-name buys in Jhye Richardson, Riley Meredith, Moises Henriques, Dawid Malan - How content are you with how the auction went for Punjab?

Satish Menon: Really content. We almost got everyone we wanted. In mini-auctions or auctions, there will be cases where you miss a key target or two but in hindsight, we are really happy with the players we bought during the auction. The players we bought have a good blend of youth and experience. The staff and team management are happy with the outcome of the auction.

Presenting #SaddaSquad for the season! 🦁👑

SC: How challenging is it to go into the auction without a confirmed venue for the tournament?

Satish Menon: It is obviously challenging but we can’t complain in today’s world. We are thankful to be able to get a tournament like IPL going. The BCCI and all the franchises gave their best shot for the last edition amid the pandemic and we all are glad to pull it off. Credit to everyone involved. Coming to the auction, we have built our team keeping every challenge in mind. The players will be ready for it so will be everyone associated with Punjab Kings.

SC: What was the thought process behind buying Jhye Richardson for INR 14 crore?

Satish Menon: Jhye was always on our list. He is one of the finest components with the ball in white-ball cricket. We stretched ourselves for Chris Morris but Rajasthan Royals got hold of him. Jhye’s ability to bowl at any stage of the match gives us the flexibility we were looking for. And obviously, he is a very handy player with the bat as well. We are really excited to witness Jhye in Punjab Kings jersey in IPL.

Satish Menon: We were actually pretty surprised to get Dawid so early. Maybe the combination of other teams played a role. Sometimes when your name pops up in the auction play a role too. He is a quality player and someone who will give us the quality and solidity in the middle order, which we felt was missing. His numbers speak for himself; he has been a top player when it comes to T20 cricket for a while. We have no doubts about the quality Dawid will bring to Punjab Kings.

SC: What are your thoughts on a highly-rated talent in Shahrukh Khan?

Satish Menon: Shahrukh Khan is a really exciting talent. A player we had a good look at from domestic tournaments. The way he recently played in Syed Mushtaq Ali Trophy was a glimpse of what he is capable of and we are confident that he is someone who will be there for us for a long. Shahrukh has the ability to finish games and we were looking at someone with similar traits. Really happy to get him.

SC: As a CEO, how involved are you when it comes to locking on players and staff?

Satish Menon: The maximum work is done by the analysts. We have a good set of analysts who work really hard in shortlisting the names of players. Every area is looked at thoroughly, the traits, qualities, current form, and many such things. We are not that involved in that part but yes, as a CEO my work is to look at what the team management is looking for, what the analysts are working at – this is just for the player shortlisting part before the auction. 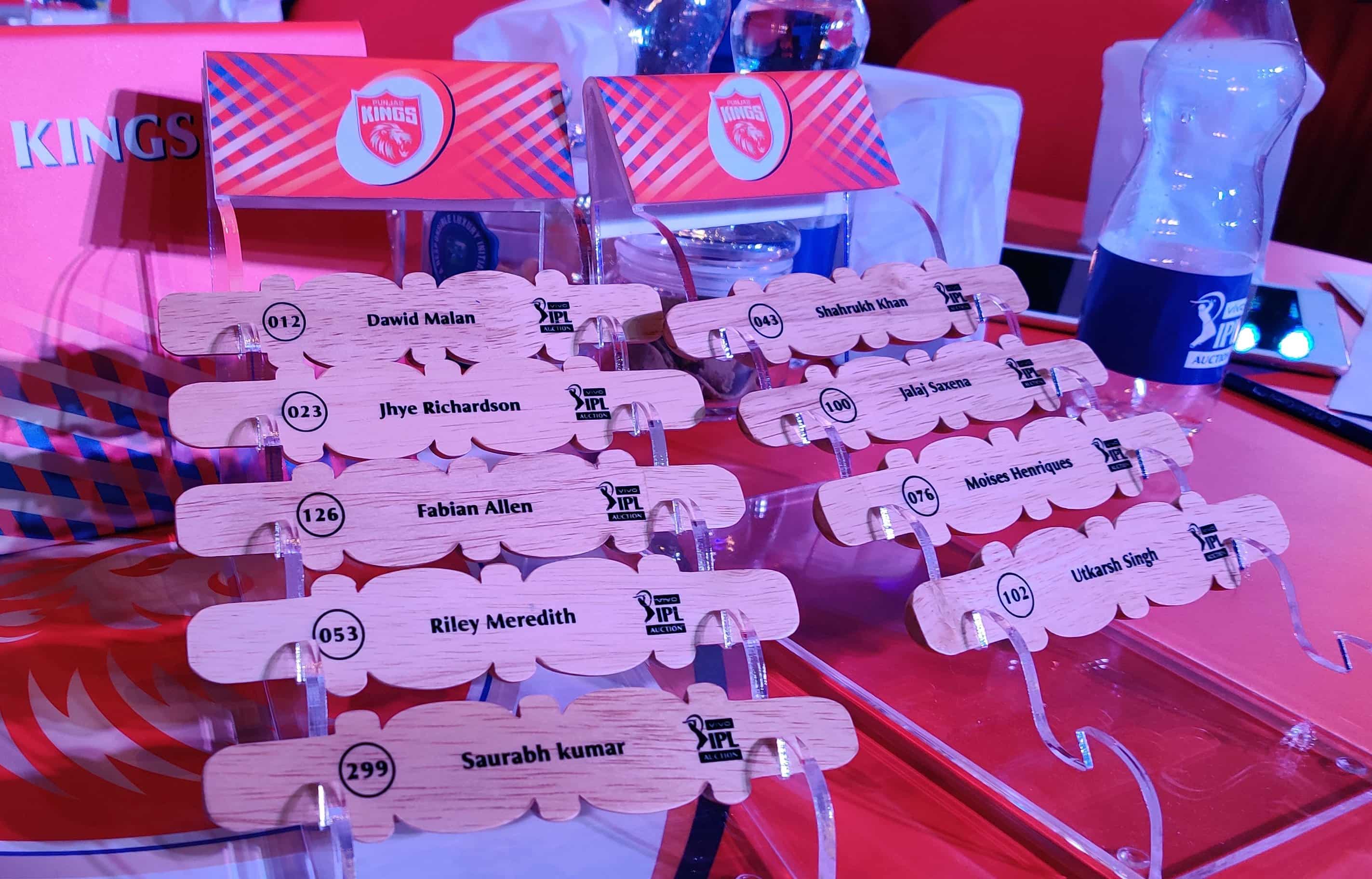 SC: BCCI is considering hosting IPL in India with fans. After playing in the UAE, behind closed doors, how big would it be for Punjab Kings and other franchises to host fans again?

Satish Menon: As I said earlier, we can’t complain. If IPL takes place in India and with fans, then we would be more than delighted about it. We missed fans last season but with the safety of everyone the paramount, we want to make sure the tournament is held safely. But if fans are allowed in the stands, then we will make sure that everyone enjoys the games and tournament safely.