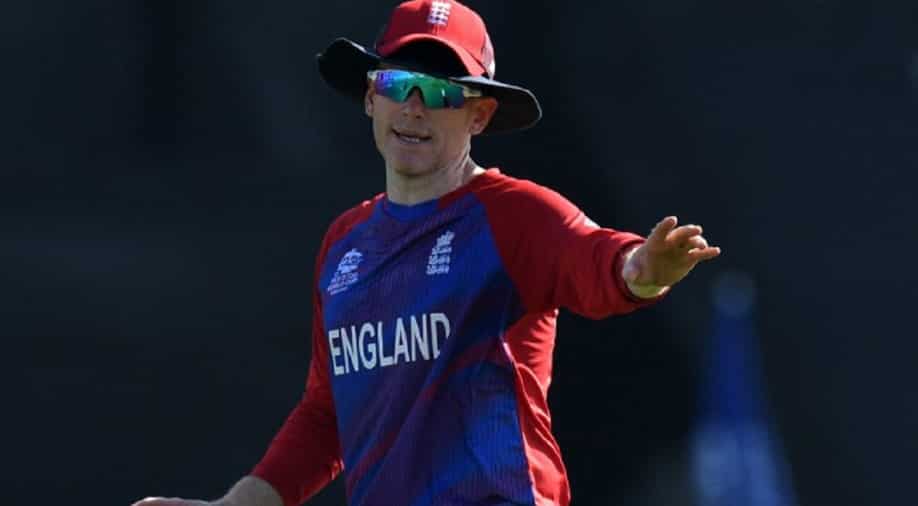 Former England captain Nasser Hussain has heaped praise on Eoin Morgan amid reports that he is set to retire from international cricket soon.

England cricket team's white-ball captain Eoin Morgan is reportedly set to retire from international cricket soon and might not lead the hosts in the upcoming T20I series against India next month. Morgan has been one of the best captains to have led England and is the only skipper to have guided the side to a World Cup triumph. He has also been lauded by many over the years for transforming the way England play white-ball cricket.

England had failed to make it to the knockout stages of the ODI World Cup in 2015 following which Morgan took over the reins. England adopted an aggressive and all-out approach in white-ball cricket under Morgan and tasted huge success as their performances on the field improved significantly.

Morgan also helped the likes of Jos Buttler, Jason Roy, Moeen Ali and Jonny Bairstow among others to become world-beaters in white-ball cricket and form a strong core for England in both ODIs and T20Is. England have reaped rewards from Morgan's leadership and his retirement is set to mark the end of an era for the team.

Also Read: Joe Root hands over a stump to Daryl Mitchell as a fitting gesture after England whitewash NZ - Watch

Former England captain Nasser Hussain heaped praise on Morgan after reports of his retirement from international cricket emerged on Monday (June 27). Hussain said Morgan was ahead of his time in realising the value of the Indian Premier League (IPL) for English cricket and helped English players become better by encouraging them to play in the premier T20 tournament.

"He was also ahead of his time, along with Kevin Pietersen, in realising the value to English cricket of the IPL. First, he helped make better players of the likes of Jos Buttler, Jonny Bairstow, Jason Roy and Liam Livingstone. Then he encouraged them to play in the IPL, where they learned to be even better," Hussain wrote in his column for Daily Mail.

Morgan along with former England captain Kevin Pietersen was among the first few English players to play in the IPL despite resistance from the England and Wales Cricket Board (ECB). Morgan is also England's most successful ODI skipper of all time with 76 wins in 126 ODIs and a winning percentage of 65.25.

Talking about his replacement as England's white-ball captain after his retirement, Hussain believes Jos Buttle will be the ideal candidate to take over the reins. Buttler is one of the best white-ball batters in the world at present and has been in top-notch form recently.

"Buttler is the perfect replacement. He and Morgan are close friends, and he’s stepped in the Morgan way of doing things. He'll have no problem in replicating his style of play. And there's no greater compliment than that," wrote Hussain.