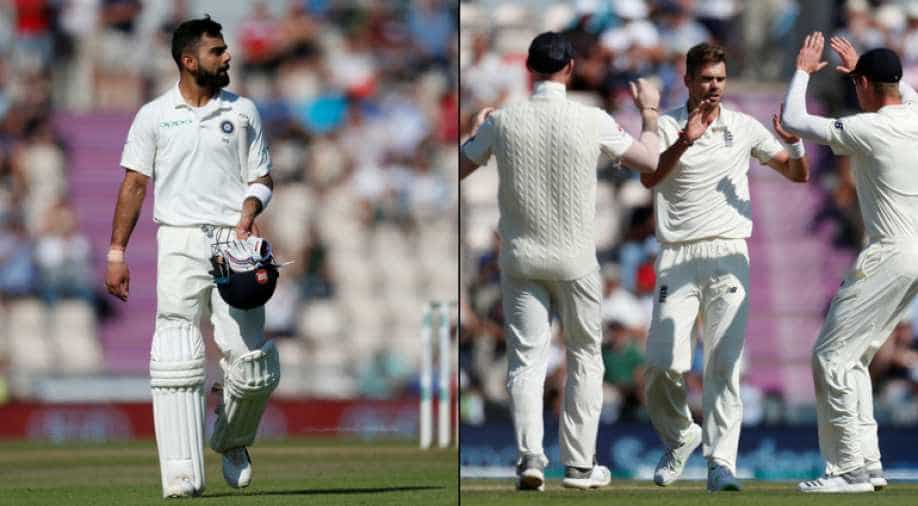 England bowled India out for 184 on Sunday to win the fourth test by 60 runs and wrap up the series with a match to spare.

A gritty 101-run partnership between Virat Kohli and Ajinkya Rahane had raised India's hope after they lost three early wickets in their chase of 245 for victory.

But when captain Kohli was dismissed for a fighting 58 by Moeen Ali just before tea India's resistance crumbled and they lost their last six wickets for 51 runs.

Recalled off-spinner Moeen also claimed the wicket of Rahane (51) and ended with figures of four for 71, having bagged five wickets in India's first innings.

Ravi Ashwin blazed away for a spirited 25 to keep England waiting before Sam Curran finished it off by trapping him lbw.

England lead the series 3-1 with one match to play.