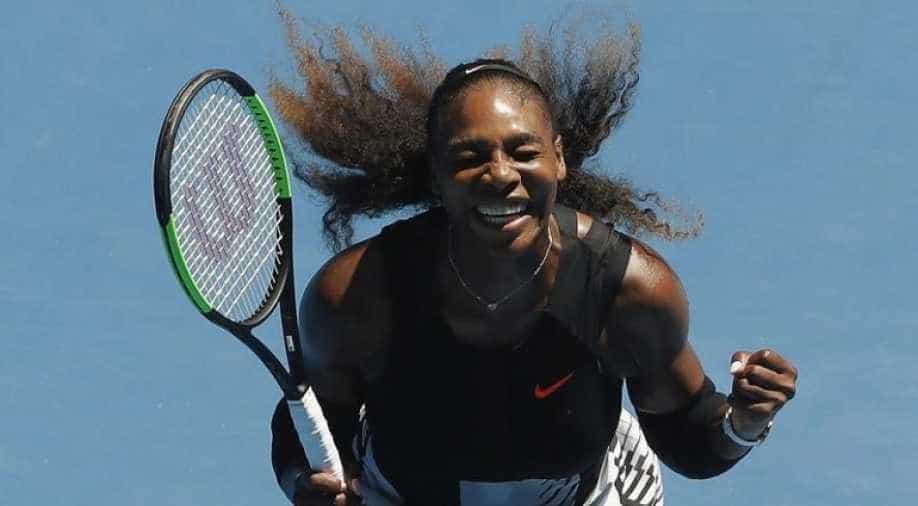 Should she win, this will be Serena's 23rd Grand Slam title -- taking her past Stefi Graf's Open-era record of 22 major wins. Photograph:( Reuters )

Unstoppable Serena Williams zeroed in on a record-breaking 23rd Grand Slam title Thursday by setting up an Australian Open final against her older sister Venus, as the siblings' dream came true.

The ruthless world number two proved one step too far for unseeded Croat Mirjana Lucic-Baroni, whose fairytale tournament was finally ended in a crushing 6-2, 6-1 defeat in just 50 minutes.

In swatting aside the 34-year-old, in their first meeting since 1998, Serena, 35, stayed on track for a seventh Australian title which would take her past Steffi Graf's Open-era record of 22 major wins.

She has refused to talk about the possibility of finally surpassing the German, but now has a golden chance of further cementing her place in history.

Winning the title would also mean the world number one ranking would be hers again after Angelique Kerber snatched deposed her late last year.

Only Venus stands in the way after the elder Williams rolled back the years to beat fellow American Coco Vandeweghe 6-7 (3/7), 6-2, 6-3 in the other semi-final.

It ensured another chapter in their eventful family history as they meet for their ninth Grand Slam final on Saturday, eight years after the last. Serena holds a 6-2 advantage.

"She's my world, my life, she means everything to me. I couldn't be happier for us both to be in the final. It's the biggest dream come true for us."

She also paid tribute to Lucic-Baroni, a former teenage prodigy when the Williams sisters were emerging in the 1990s before her career was derailed by personal problems.

"Mirjana is an inspiration, she deserves all the credit today. To get this far, after everything she has gone through, that just inspires me."

One-way traffic
Despite her serve not being up to scratch in Melbourne until now, Williams has so many other weapons in her armoury that her opponents have been unable to cope.

Lucic-Baroni was no different.

Her left thigh was again heavily strapped and the problem put her at an immediate disadvantage, restricting her movement against a player known for her pounding forehand winners.

They both held serve comfortably to shake off any early nerves but Williams was looking sharp, capitalising on an unforced error to get the first break and go 2-1 ahead.

She consolidated her lead by holding serve again, and a Lucic-Baroni double fault handed her a 4-1 lead.

It was one-way traffic as the second seed asserted her authority, unloading some powerful groundstrokes to unsettle the Croat and easily take the first set in 25 minutes.

The pair were playing each other for the first time since Wimbledon 19 years ago, a match the American won. Since then their careers have taken very different turns.

While Williams went on to win 22 Grand Slams, the Croat dropped out of top-level tennis for most of the 2003-2010 period after fleeing an abusive and controlling father and suffering money and injury problems.

Her return to the big time in Melbourne has been the feel-good story of the tournament, winning her legions of new fans with her emotional progression to her first Grand Slam semi-final since Wimbledon in 1999.

But it was only ever going to come to an end against the dominant Williams, who after seeing Venus make the final was never going to throw away the chance to meet her once again.

The second set went the way of the first, with Williams crushing Lucic-Baroni's serve to again break in the third game.

She was broken again in game five as her magnificent run drew to a close and Williams moved into her 29th Grand Slam final.