Dravid must have given him a hearing: Gavaskar on Rishabh Pant's shot selection on Day 3 of J'burg Test 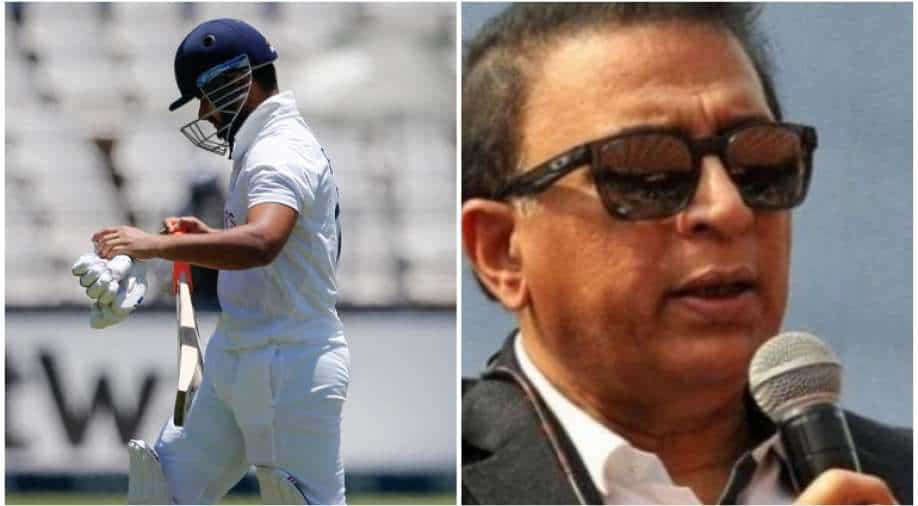 Little Master Sunil Gavaskar slammed Rishabh Pant's approach and shot selection after Day 3 of the second and penultimate Test at The Wanderers, J'burg.

Sunil Gavaskar had lashed out at Rishabh Pant for his poor shot selection on Day 3 of the second and penultimate Test between India and South Africa, at The Wanderers, Johannesburg, on Wednesday (February 05). Coming out to bat after India had lost both their overnight batters -- half-centurions Cheteshwar Pujara and Ajinkya Rahane -- in their second essay, Pant had a job in hand to resurrect the innings with Hanuma Vihari and stretch the lead beyond 200.

However, nothing of that sort happened as Pant fell for a three-ball duck. The swashbuckling left-hander danced down the track and took on Kagiso Rabada, however, he failed to connect as he got a thick edge and was caught cleanly by the keeper. Thus, Gavaskar slammed Pant's approach and shot selection while on commentary duties and once again during The Byju's Cricket Live Show on Star Sports..

Gavaskar said, "It's a valid question. This is something one could understand if Rishabh Pant had been batting on 30 and 40. This is something he had not done in Australia. There he applied himself, recognised that there will be hard times at the beginning when you come in to bat and then battling through the hard times, he got set and got to know how the pitch is. And then he played the big shots. That's what he did in Australia."

Gavaskar further asserted, "This is something we saw against England, at the start of the series. When England came to India, he was jumping down the pitch and trying to hit James Anderson… he did that so well. But after that he seems to think that is the only way to play. That is not the way to play and I am pretty certain that in the change room, Rahul Dravid would have given him a hearing, or as they say in cricket, Dravid must have given him a 'bamboo'."

Even former Indian opener-turned-commentator Gautam Gambhir slammed Pant after the end of the third day's play and told on Star Sports, "It’s foolishness. Even if he (Rishabh Pant) had got a six off the ball, he shouldn’t have played the shot."

"Unbelievable, you will call that stupidity and not bravery. The way Rahane and Pujara got you back in this Test match, you have given it back to South Africa. This is not Test cricket. There is a very thin line to call yourself brave. If you had hit a six as well with that shot, you would still not have called that an excellent shot. Test cricket is all about handling pressure and you knew that Rabada was bowling his fourth or fifth over," Gambhir added.

Talking about the Day 4 of the second Test, India need 8 more wickets whereas Proteas need 122 more to win in pursuit of 240 at The Wanderers, J'burg. Rain break and wet outfield has washed out the first two sessions of the penultimate day's play.