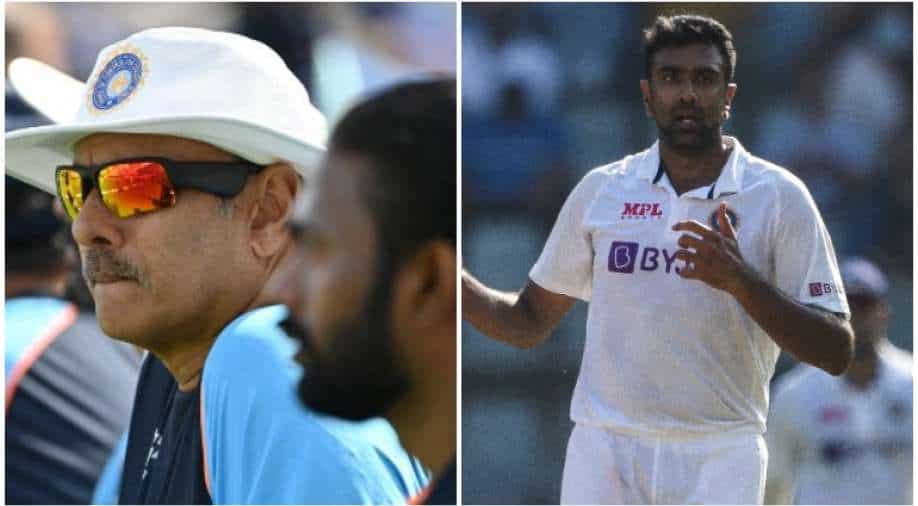 R Ashwin recently reacted to former Team India head coach Ravi Shastri's words of praise for Kuldeep Yadav during the 2018/19 Australia tour. Back then, Ashwin had played a key role in India's 31-run win over Tim Paine-led Aussies in the first Test of the Border-Gavaskar Trophy, in Adelaide, with 6 scalps in the match. However, injury ruled him out of the remainder of the series as Kuldeep got a chance in the final Test, in Sydney.

Impressing one and all, Kuldeep achieved a five-fer in the drawn fourth and final Test; a feat not yet achieved by Ashwin in Australia. Thus, then head coach Ravi Shastri had labelled Kuldeep as India's No. 1 overseas spinner.

To this, Ashwin recently reacted to Shastri's remark and told in an interview with The Cricket Monthly, "I hold Ravi bhai in high esteem. We all do. In that moment, though, I felt crushed. Absolutely crushed. We all talk about how important it is to enjoy your team-mates' success. And I was happy for Kuldeep. I have not been able to get a five-for but he has a five-for in Australia. I know how big it is. Even when I have bowled well [at other times], I haven't ended up with a five-for. So I am genuinely happy for him. And it's an extremely happy occasion, to win in Australia."

"But if I have to come and partake in his happiness, and the success of the team, I must feel like I belong there. If I feel like I am being thrown under the bus, how am I supposed to get up and come for a party to enjoy the team's or team-mate's success? I went back to my room and then I spoke to my wife. And my children were there. So we were able to, you know, shrug it off, and I still made it to the party, because, end of the day, we had won a massive series," he added.

Now, former Indian cricketers Saba Karim and Nikhil Chopra have reacted to Ashwin's remark. Speaking on his YouTube channel Khelneeti, Karim said, "Very difficult to maintain a healthy team environment when such things come out (Ashwin's statement on Shastri). Rahul Dravid's role will be very important. Captain shouldn't feel under pressure because of such developments."

On the other hand, Chopra stated, "Shastri labelled Kuldeep Yadav as the best overseas spinner. While at times you need to say these things to give confidence to a player, you need to ensure you don't disrespect other members of the team. Ashwin must be disappointed. You cannot have different treatments for different players."

At present, Ashwin is gearing up for India's upcoming three-match Test series versus South Africa, in the African nation, starting from December 26 in Centurion. The 35-year-old wily off-spinner, who warmed the bench during the England Tests in the United Kingdom, will be eager to contribute with both bat and ball and guide India to their first-ever Test series win in the rainbow nation.