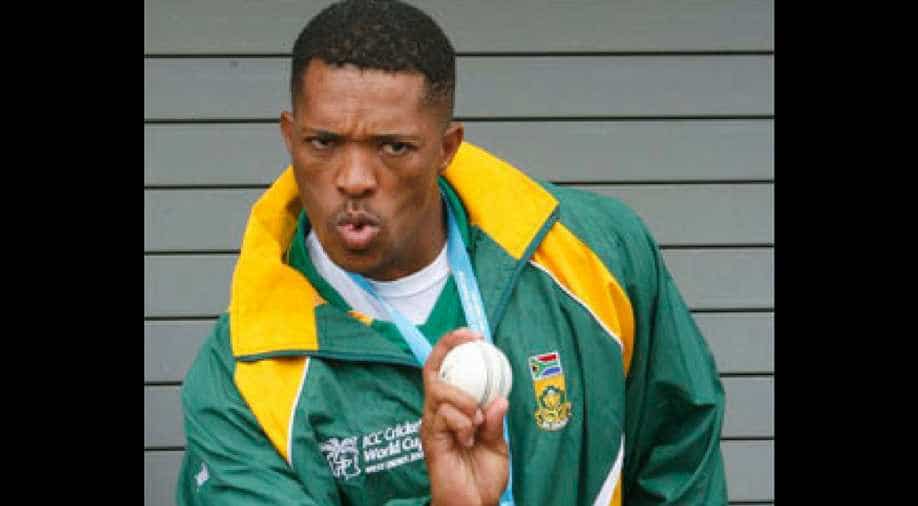 Zimbabwe Cricket have confirmed that Heath Streak will be taking over as bowling coach from Ntini. Photograph:( Zee News Network )

News reports had earlier said that Zimbabwe bowling coach Makhaya Ntini had stepped down but the former South African pacer has now said that he was in fact asked to.

"The honest truth is that I didn't resign," Ntini said.

"I received a text message from the MD saying that he would like to talk to me. He reminded me that we had a chat about four months ago regarding some of the players' unhappiness. Some of the players and the staff members went to see him and reported that they are not happy with the job I am doing and that the job that I was given was not meant for me," Ntini said.

"None of the players came and confronted me if they were not happy," he added.

The controversy erupted just two days before the team was scheduled to travel to Bangladesh for a tri-nation series against Sri Lanka and Bangladesh.

ZC also confirmed that Heath Streak would be taking over as bowling coach.

"Makhaya's experience and immense knowledge of the game have helped to bolster the ZC national team into a competitive outfit that went on to record Zimbabwe's first ever away one-day international series win over Sri Lanka in 2017," ZC said in their statement.

@ZimCricketv regrets to announce that Makhaya Ntini, the National Team Bowling Coach, has tendered his resignation, with immediate effect. And while reluctantly accepting his resignation, ZC fully appreciates and respects his decision, and wishes him all the best for the future. pic.twitter.com/2VEnLYh7Ex

Ntini had been coaching Zimbabwe since January 2016.