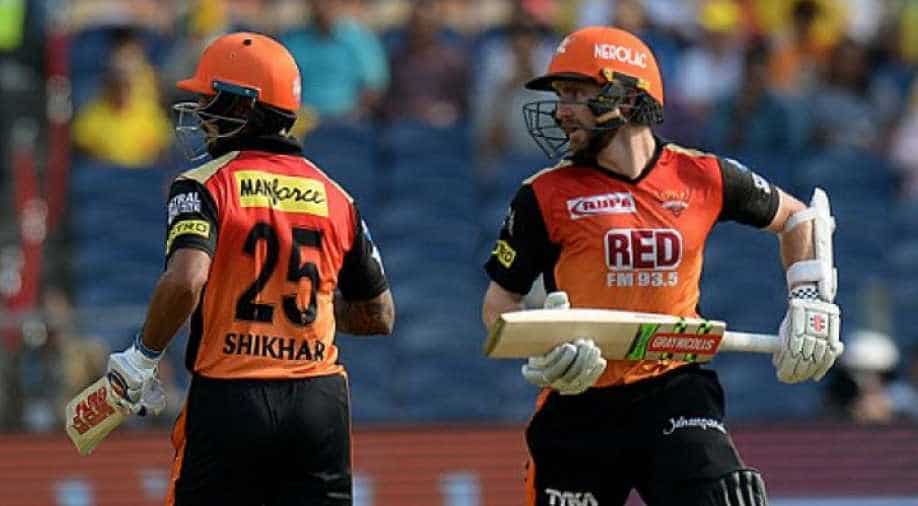 Table toppers Hyderabad entered the field with confidence as they have already qualified for the play-off and the conviction was reflected in the performance of Shikhar Dhawan.

Another opener Alex Hales did not perform and lost his wicket to Deepak Chahar after scoring just two runs off nine balls.

Skipper Kane Williamson slammed his 10th IPL fifty and found a determined ally in Shikhar Dhawan on the other end to put up a decent target for the opponents.

In search of wickets, MS Dhoni took help of seven bowlers but apart from Deepak Chahar, none of the bowlers were economical. Chahar took one key wicket of Alex Hales and gave 16 runs in his 4-over spell.