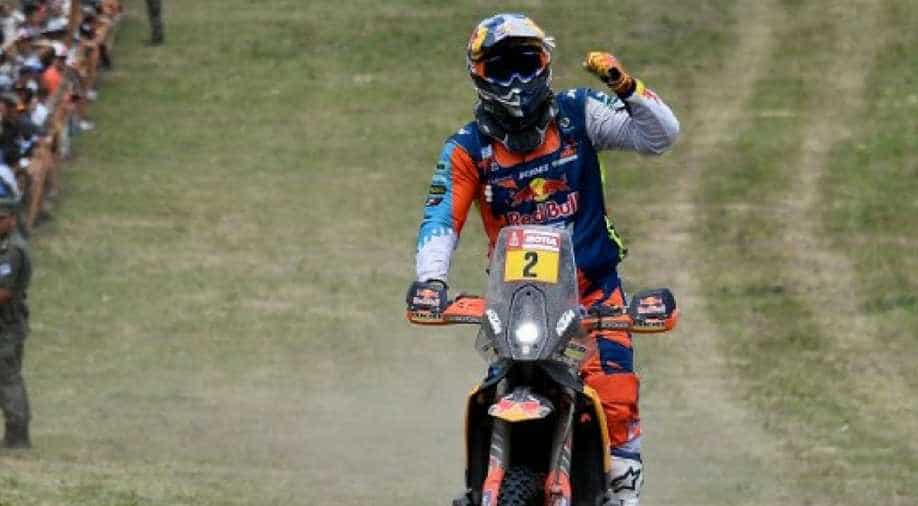 KTM's Austrian biker Matthias Walkner celebrates his victory at the end of the last stage of the Dakar Rally 2018, in and around Cordoba province in Argentina on January 20, 2018. Photograph:( AFP )

KTM rider Walkner took a 20-minute lead into the last day in Argentina and had little trouble in negotiating the 286-kilometre ride to go one better than when he finished second to team-mate Sam Sunderland 12 months ago.

Argentinian Benavides had to settle for second overall, 16 minutes and 53 seconds adrift.

Australian Toby Price, the 2016 winner, completed the final podium after following his penultimate-stage victory with a second-place finish to Benavides.

Austrian team KTM has now won 17 consecutive Dakars, but Walkner is the first Austrian to win the race.