'Dad I will be there till the end': What Dean Elgar told his father before the final day of 2nd Test vs India 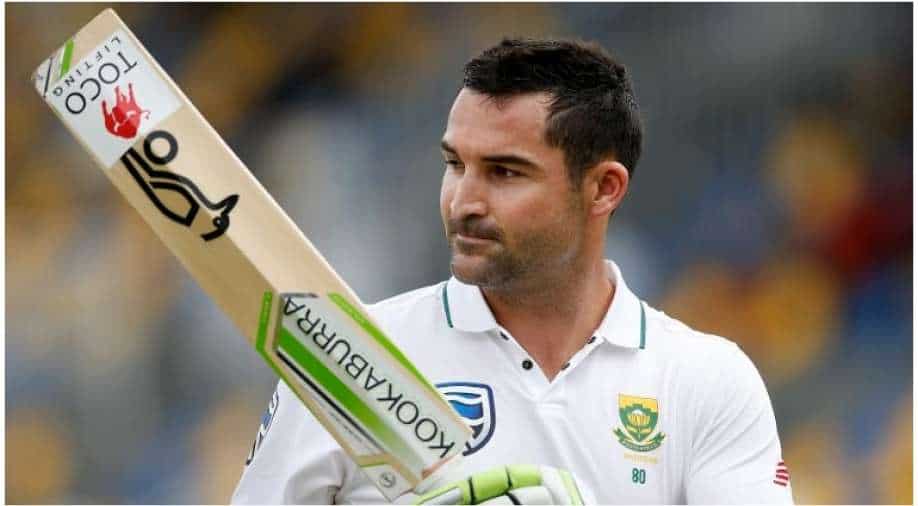 Proteas Test captain Dean Elgar slammed an unbeaten 96 runs on Day 4 to help his team chase down the target of 240 runs in the second Test against India and inspire them to a seven-wicket win.

The South Africa Captain, Dean Elgar’s father has revealed what his son told him ahead of the final day of the 2nd Johannesburg Test against India. His father said that Elgar will be in the middle ‘till the end of the game’.

The Proteas test captain justified his faith in the second test against India as his unbeaten 96 runs on Day 4 helped his team chase down the Indian team's 240 run target. Along with the victory, the South African team were able to level the 3-match series.

Meanwhile, the South Africa red-ball skipper’s father Richard Elgar revealed what his son told him before the final day of 2nd test.

According to him, Dean promised he would stay at the crease until the end and that Indians would have to break something in his body to get him out.

“Dad! I will be there till the end of the game tomorrow. If they want to get me out, they would have to break something in my body to drag me out of there. They are not going to get me by hitting me on the body. No way in hell.’ When I heard him say that, I knew he was charged up and felt he would do it,” Richard Elgar told The Indian Express.

Further, Richard stated that India bowlers will not be able to knock out Elgar as he was ‘in the form’.

“In the morning, when the target dipped under 100, I said to my wife, ‘you know what, they are not going to get him out today.’ I could see that he was in the zone – so focused, so intense in his bubble, that he didn’t even know what was going on around him. I could see it. She said ‘but 100 runs are there’, and I went, ‘doesn’t matter. Dean and others are going to do it," said the South African Test captain's father.

Now the series decider will be played on January 11-15 at the Newlands, Cape Town and Dean will hope to lead South Africa to a memorable series victory.