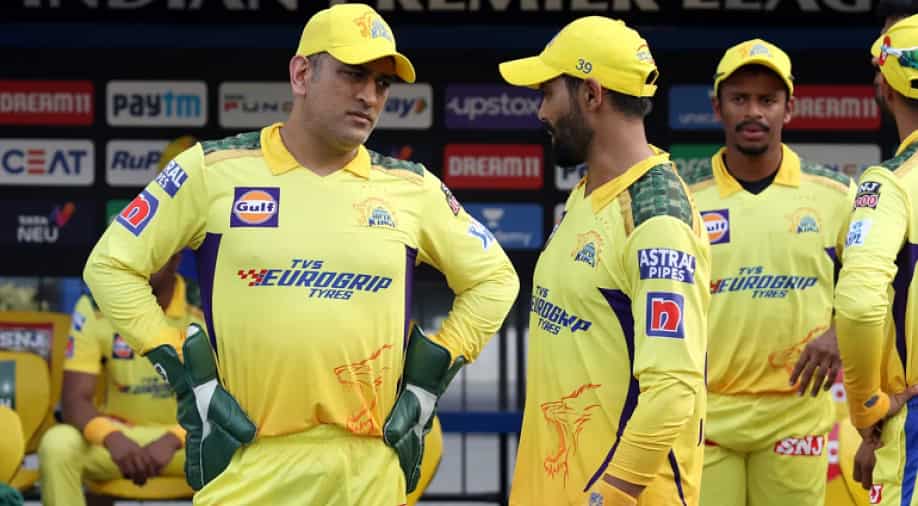 MS Dhoni has taken over CSK captaincy back from Ravindra Jadeja. | Photo - IPL | Photograph:( Others )

Former Indian opener Virender Sehwag feels CSK lost the plot prior to IPL 2022's commencement with MS Dhoni being succeeded by Ravindra Jadeja as the skipper.

MS Dhoni-led Chennai Super Kings (CSK) have neared elimination in IPL 2022 with their seventh defeat of the season, after losing match 49 to Royal Challengers Bangalore (RCB) by 13 runs. With another loss, the four-time winners and defending champions are on the verge of an early exit as their disappointing season continues.

While some of their batters haven't been at their best, the bowling has leaked runs on many occasions, the change in captaincy has been one of the main reasons for their failures. Prior to IPL 15's start, the franchise had announced that MS Dhoni would be stepping down as the skipper, with Ravindra Jadeja succeeding him. Jadeja led in eight games, winning only two encounters, before handing back the captaincy duties to 'Thala' Dhoni.

With the constant change in leadership and Jadeja's inability to respond to the additional responsibilities, the CSK franchise are now starring on the brink of an early exit. Former Indian opener Virender Sehwag, thus, commented on Yellow Army's struggles.

"The first mistake they did was at the start of the season when they announced that MS Dhoni won't be captaining and it will be Ravindra Jadeja, it was a wrong decision," Sehwag told Cricbuzz after CSK were beaten by RCB on Wednesday (May 04).

"There was no settled playing XI. Ruturaj Gaikwad didn't score runs in the beginning. They started off poorly, the batters didn't score runs and from there on, there season was always going to be full of turmoil. If Dhoni had been the captain from the beginning then it would've been better and maybe CSK wouldn't have lost match so many matches," Sehwag added.

With four games remaining, CSK will aim to win all the matches but their playoffs chances are now not solely dependent on their victories alone. They need a miracle to enter the top-four and their fate seemed to be sealed in IPL 2022, which has been a disappointing affair for Dhoni & Co.