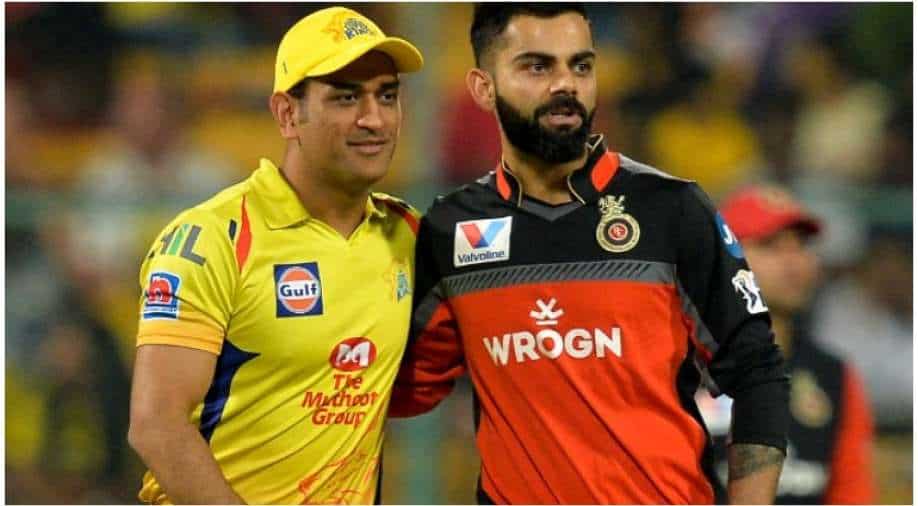 CSK vs RCB: MS Dhoni became only the second player after Virat Kohli to play 200 matches for a single franchise in IPL history.

The four-time winners and defending champions' skipper Dhoni unlocked a major milestone as he stepped on the field during the coin toss. The 40-year-old Dhoni became only the second player after RCB's former skipper Virat Kohli to play 200 matches for a single franchise in IPL history. While Kohli has only represented the RCB franchise all throughout the IPL, Dhoni also played for the now-defunct Rising Pune Supergiant (RPS) in 2016-17. Overall, he is playing his 230th IPL match on Wednesday evening.

At the coin toss, Dhoni-led CSK opted to bowl first as the Chennai captain opined, "We will bowl first. It stops a bit initially. And it's one of the venues where toss doesn't matter much because it's an open ground so the dew sets in pretty late. We are a side set for both ways (bat or bowl first). But it's important to play good cricket on the day. We will look to chase today. One change, in place of Santner we have Moeen."

Talking about match 49 so far, CSK have restricted RCB to 173-8 in 20 overs. They need to win all their remaining games to stand a chance of qualifying for the playoffs.