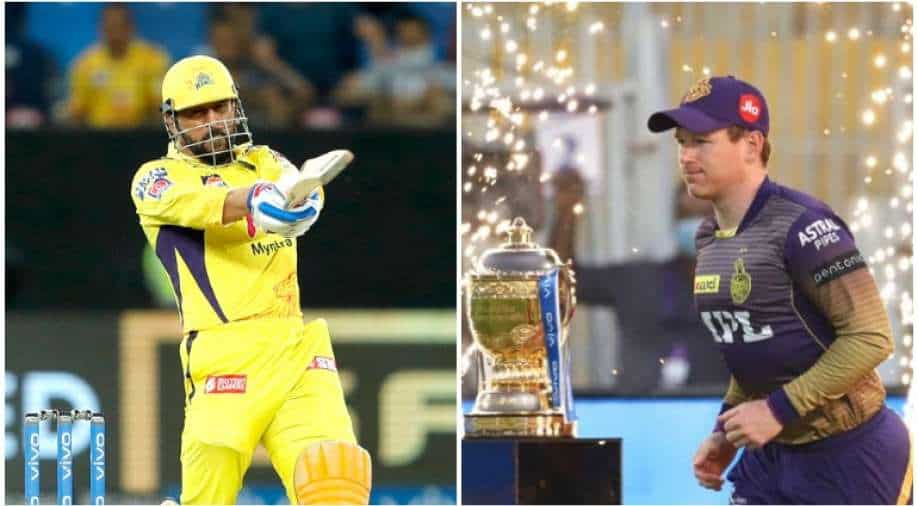 The Indian Premier League (IPL) 2021 edition is the first-ever season to be played in two halves. After the Indian leg was interrupted and abandoned abruptly during early May, due to the second wave of Covid-19 crisis, the second and final leg finally commenced after over four months.

Thus, the current edition has been different, dealing with several challenges. Finally, it is now set to bid goodbye with the season-finale to take place on Friday (October 15) between Chennai Super Kings (CSK) and Kolkata Knight Riders (KKR), at Dubai International Cricket Stadium, Dubai.

After 59 enthralling contests, the stage is set for the blockbuster finale where CSK will lock horns with KKR. So far, both sides have had impressive yet contrasting fortunes. While the MS Dhoni-led Yellow Army started off with a loss in their season-opener, they ended the first leg as the second-best side. In the UAE leg, they earned back-to-back wins before a three-match losing streak -- ahead of the playoffs -- caused some concerns in their camp.

Nonetheless, CSK beat Delhi Capitals (DC) by three wickets in Qualifier 1 as they showed their experience when it mattered the most. KKR, on the other hand, had a torrid time in the India leg; ending with two wins from seven games. However, they have smartly adapted to surfaces and displayed their aggressive approach to reach the final. Entering the finale with four successive wins, although three of them coming at Sharjah, the two-time winners will give CSK a tough run.

Match prediction for CSK vs KKR finale: It is really tough to pick a winner for the summit clash. CSK have a 3-match winning streak over KKR. KKR, meanwhile, have never lost an IPL finale (winning in 2012 and 2014). In the last five games, KKR have won four fixtures. CSK, on the other hand, have lost three.

The Yellow Army will still have a slight edge into the final; having played their last three games at the same venue. KKR mastered the conditions in Sharjah but will now have to adapt at a different venue, for one final time. Nonetheless, their last game at Dubai led them to a 6-wicket win over Sunrisers Hyderabad (SRH). CSK-KKR's last tie was also held at Dubai, where Dhoni-led franchise won the game by two wickets in the final over.

Talking about the playing XIs, KKR might reintroduce Andre Russell, who likes playing vs CSK. Meanwhile, Dhoni & Co. are expected to remain unchanged. In the bowling department, KKR have a slight edge due to their spinners but CSK are well ahead of them in batting. There isn't much to separate between both sides. CSK have remained at their dominant best whereas KKR have had a massive turnaround -- which makes them really dangerous -- but seems like stars are aligned to take an experienced CSK to their fourth title.