Cristiano Ronaldo to leave Manchester United due to lack of signings ahead of new season: Report 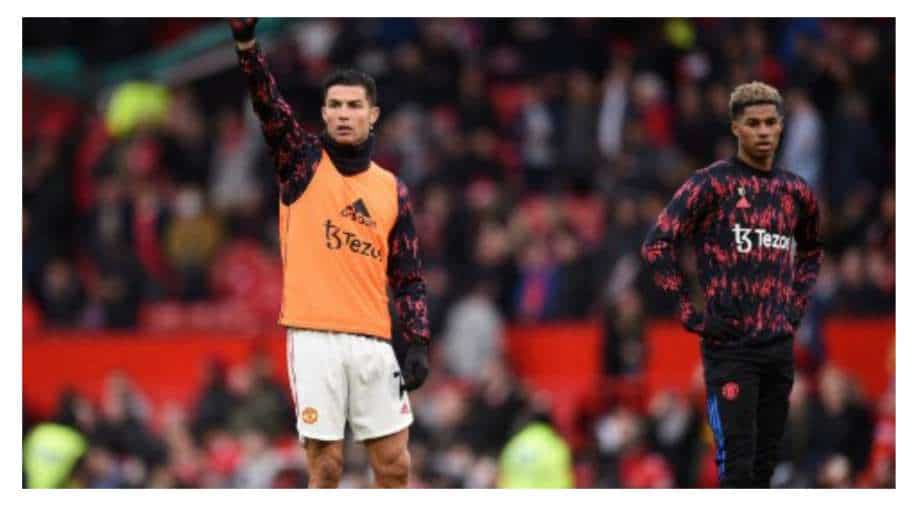 CR7 to part ways with Man United due to lack of signings before new season: Report Photograph:( AFP )

The lack of signings at Manchester United, ahead of the new season, isn't just frustrating for fans, but also for Cristiano Ronaldo. Will he make a move elsewhere?

Cristiano Ronaldo made heads turn by not joining Manchester City and coming back to Manchester United when he shifted base from Juventus last year. He started the EPL 2021/22 season with a bang and was in red-hot form for the Red Devils before the overall performance of the side brought his form down slowly and steadily, as the season progressed.

After Man United finished sixth in the last season, many thought Ronaldo would part ways with the club. However, he rubbished all such claims and assured that he is not going anywhere. He further stated that he remains focused on guiding the Red Devils to championship titles in the forthcoming seasons. Nonetheless, reports have once again been flowing in which suggest that the 37-year-old is contemplating parting ways with the club due to lack of signings ahead of EPL 2022/23.

After United's forgettable run in the last season, Erik ten Hag replaced Ralf Rangnick as the manager. Since then, many players have departed from the club as they aim for a revamp, however, the situation isn't very encouraging. For the unversed, there haven't been a lot of signings so far. Barcelona's Frenkie de Jong or the Ajax duo of Antony and Jurrien Timber were on Man United's radar, nonetheless, talks couldn't materalise between the Red Devils and their respective clubs. Even Denmark's Christian Eriksen was reportedly approached. The midfielder also turned down the offer as he is eyeing to make a move to either Brentford or go back to his old club, i.e. Tottenham Hotspur.

Thus, it seems the current dilemma that the club finds itself in isn't just frustrating for fans but also for Ronaldo. As per a report in AS, the Portuguese is considering a move away from United. It has been learned that clubs in Italy and Portugal are interested in signing Ronaldo this summer.

Will CR7 leave Man United in this summer or continue to be part of the Red Devils in the twilight of his career? Only time will tell...