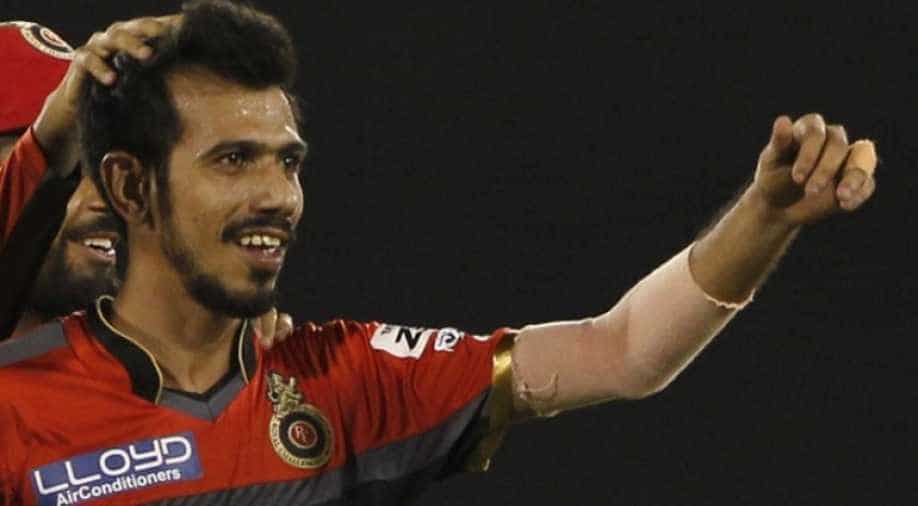 Royal Challengers Bangalore's home arena has hurled some noteworthy matches throughout the long term. Be that as it may, it is broadly viewed as a burial ground for bowlers in white-ball cricket, with batting-friendly wickets and short boundaries making it a troublesome spot to bowl at.

With IPL 2020 occurring in the UAE and IPL 2021 seeing Royal Challengers Bangalore play their home games away from the Chinnaswamy Stadium, Yuzvendra Chahal disclosed to Sports Tak why their bowlers have fared better lately.

“If you notice, we have performed well in the last two years. That’s because when you play in Chinnaswamy, the ground is so small that even a no.7 or no.8 batsman smacks you for a couple of sixes" - he said.

RCB made the playoffs for the first time interestingly since 2016 a year ago and looked set to rehash the accomplishment in IPL 2021 preceding the league was inconclusively suspended. The franchise has fared better on the rear of their solid bowling exhibitions, with Harshal Patel, Mohammed Siraj, and Yuzvendra Chahal discovering achievement in the two or three seasons.

Talking about how the scene change has had an immense effect, Yuzvendra Chahal clarified why the past plan used to be a weakness for RCB.

“But when we started playing at bigger grounds, Siraj started bowling well, Harshal bowled well, and it makes a difference. Sometimes even a top edge goes for a six at Chinnaswamy, but on other grounds, we get a wicket instead. That is the main difference. We used to play seven games in Chinnaswamy and then one in Wankhede, so overall our bowlers were playing eight games where he can easily go for 40+ runs in his quota. Since the last two years, it isn’t happening, and that’s why you see an improvement” - he added.

Royal Challengers Bangalore fans were disillusioned after IPL 2021 was inconclusively suspended, with the group franchise enjoying the good life in the third spot. The BCCI is keen to play the leftover games in September, and Yuzvendra Chahal was gotten some information about his perspectives on the equivalent.

“I think BCCI is working really hard to reschedule it, it is the world’s no.1 tournament. The entire world waits for it, and even as a player, it is a great opportunity to play with such big players. I think it will be great preparation for us if we can play the IPL before the World Cup” - he signed off.