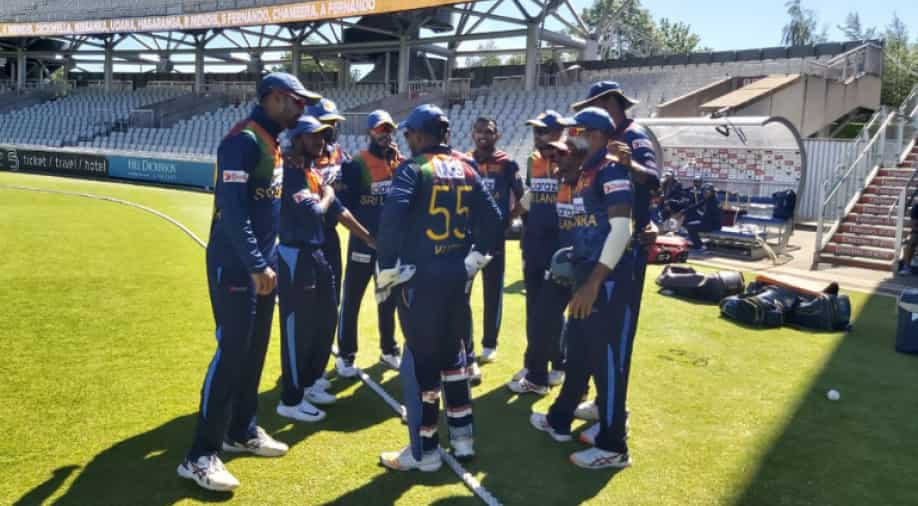 Kusal Mendis, Niroshan Dickwella, and Danushka Gunathilaka were important players for Sri Lanka, which were to take on England in the ODI series and had been approached to fly back home after video surfaced of them being outside the team hotel.

Sri Lanka Cricket Board suspended three players after they violated Covid rules and the biosecure bubble on Monday. The trio were important players for the crew which were to take on England in the ODI series and had been approached to fly back home after video surfaced of them being outside the team hotel.

Kusal Mendis, Niroshan Dickwella, and Danushka Gunathilaka were flown back to Sri Lanka, with prompt impact. The board additionally added that the players would stay suspended until the investigation is finished.

Presently, there are reports that every one of the three players would likewise miss the home series against India scheduled to begin not long from now. The circumstance has drawn the anger of fans and authorities the same and the players could confront an extensive boycott. A top Sri Lanka cricket official told Island Cricket that the trio will confront a boycott of 1 year for ridiculing rules.

"SLC required a report from the team manager to check the genuineness of the video, following which they suspended the players. SLC sources said they have launched an investigation concerning the occurrence to determine if the cricketers had penetrated the bio bubble and if found liable they will confront a boycott up to at least one year and hefty fines," as quoted by Island Cricket.

Sri Lanka Sports Minister Namal Rajapaksa has effectively communicated his displeasure on the incident. Kusal Mendis, Niroshan Dickwella, and Danushka Gunathilaka were seen wandering outside in a public space in Durham and all the while, they had penetrated the bio-secure conventions. He tweeted: “Opportunity and time can be invested into youngsters to represent the country, in an attempt to revive #Srilanka cricket. However, playing with a lack of intent and poor discipline should not be tolerated. SLC must take strict action against players who violate these rules.”

They are likewise bound to the forthcoming six-match white-ball home series against India beginning on 13 July as the three players on appearance were sent on their 14-day isolation on fulfillment of the isolate guidelines, they will then, at that point need to confront an investigation into the occurrence that occurred in Durham on Sunday.

The Indian team lead by Shikhar Dhawan has effectively arrived in Sri Lanka. The youthful side will be instructed by Rahul Dravid for the absolute first time and they will take on the hosts in a 3 match ODI and T20I series.

The Sri Lankan side is presently in England where they have been pounded in all the three T20Is and afterward went down completely in the first ODI also.

An official statement by the SLC is yet to come out, although reports suggest the three Sri Lankan cricketers might face a long ban.