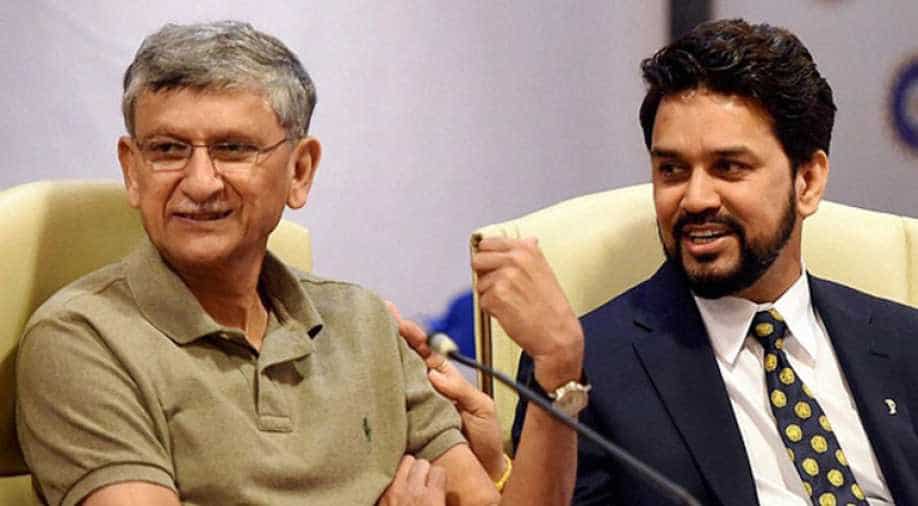 According to a trail of emails in possession of DNA, after being sacked by the Supreme court, Board of Control for Cricket in India's (BCCI) secretary Ajay Shirke made several calls to England and Wales Cricket Board's (ECB) president Giles Clarke trying to convince him to call off India tour.

In the emails, Giles writes that Shirke told him the England team may face security issues in India because of funds crunch in state cricket associations.

In the email sent on January 6, a copy of which is in possession of DNA, Giles asks BCCI chief executive officer Rahul Johri to clarify the ground situation following SC orders.

"I have received calls from Mr Shirke who I understand is no longer the Honorary Secretary of BCCI. Can you please confirm to me that the England team will continue to be looked after by the BCCI in the usual fashion, with proper security, player daily allowance payments, hotel bills covered and the like, with transport organised at all times.

"Obviously, it is entirely a matter for BCCI where matches are played, but please advise soonest that the schedule will be adhered to, or any changes," Giles wrote to Johri.

ECB was concerned about the security of its team for the One-Day International and T20I series as the English team returned to India on the same day.

With sacked BCCI president Anurag Thakur facing perjury and contempt of court charges, this issue might land Shirke in trouble.

Having received the mail from Giles, Johri replied apprising the ECB chief about the factual situation.

"As you must have followed, the Supreme Court has delivered their verdict early this week, and we are expected to work with the court-appointed administrators, who will be appointed by the 19th of this month and till such time, we are making every effort to ensure that the matches live up to the expectations of all our stakeholders, including ECB.

"We have been in touch with all the hosting centres and they have expressed confidence that the games will be managed successfully, just like always, and as on date, we do not anticipate any form of disruption to the series," Johri wrote in his reply.

Giles wrote again the following day (January 7) first by thanking Johri for the assurance, but he once again confirmed that Shirke had discussed team's security and safety of English players apart from other issues.

"His (Shirke) concern was the BCCI and relevant association having funds and expertise to manage security and safety of our players, and transport, allowances, all usual issues for a tour," Giles sent a brief mail.

According to a source, the Lodha panel is aware of the entire conversation and will produce the email trail before the apex court on January 19, the day when set of administrators would take over BCCI functioning.

DNA has been reporting how BCCI's sacked and ineligible officials have been trying to derail reforms suggested by Justice Lodha Commission, following SC's January 2 interim orders.

In one such instance last week, former joint secretary Amitabh Chaudhary attempted to create a hurdle when the selection committee had gathered to pick the team for the ODI and the T20I series.

After the January 2 verdict, as many as 22 state associations adopted the Lodha panel recommendations.

This has been done despite knowing that Shirke has been sacked as board secretary by the SC and barred from holding any post in BCCI as well MCA after the January 2 order. Lodha panel, in all likelihood, is going to move the Court over his nomination as MCA representative for the BCCI meetings.