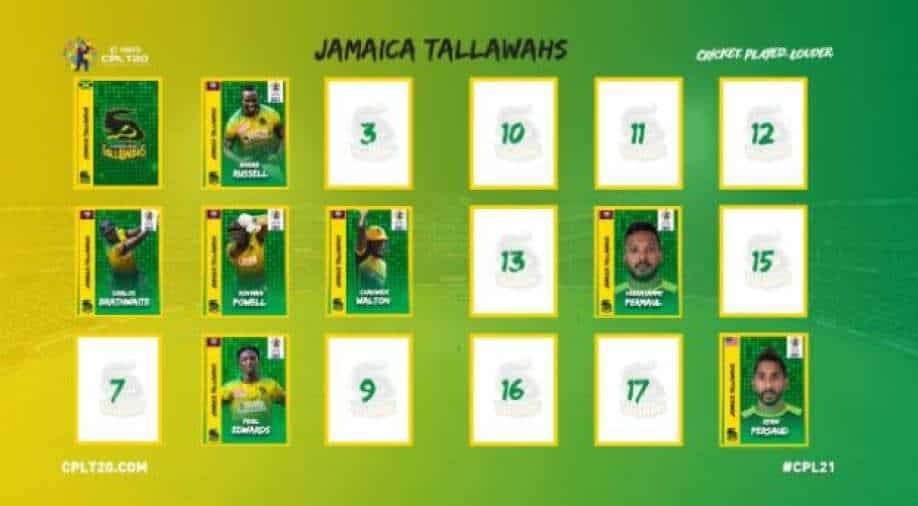 The Jamaica Tallawahs have announced their retentions for the 2021 Caribbean Premier League which runs from August 28 to September 19 in St Kitts and Nevis.

The Jamaica Tallawahs have announced their retentions for the 2021 Caribbean Premier League which runs from August 28 to September 19 in St Kitts and Nevis.

The Tallawahs have retained West Indies all-rounders Andre Russell and Carlos Brathwaite as well as Rovman Powell and Chadwick Walton.  Fidel Edwards returned to the CPL in 2020 and he has been held on to for the 2021 season after impressing with his pace last year.

The Tallawahs are also welcoming back left-arm spinner Verasammy Permaul and their ICC Americas player from last season, Ryan Persaud

The Tallawahs have 10 spots to fill to complete their squad and the new names will be announced in the coming weeks.

First started in 2013, the Hero Caribbean Premier League (CPL) is a franchise-based T20 format cricket tournament that combines two of the most compelling aspects of Caribbean life – dramatic cricket and a vibrant Carnival atmosphere.

There was a combined broadcast and digital viewership of over 500 million during the 2020 season to make it one of the most-watched leagues in world cricket. Trinbago Knight Riders are the current Hero CPL champions and the other competing teams are Barbados Tridents, Guyana Amazon Warriors, St. Kitts & Nevis Patriots, St. Lucia Zouks and Jamaica Tallawahs.